The 24 kilometre walk from Pamplona to Puenta La Reina illustrates the ongoing significance of the Camino to Northern Spain.

It begins with the exit from Pamplona, a contemporary, well-maintained pathway through the suburbs of the city that, at its edge, bids farewell to pilgrims with a modern multi-lingual signpost. It is a sign that, in equal measure, acknowledges the continuing importance of pilgrim traffic to the the character and economy of Pamplona.

Soon the expressways and industry associated with the fringes of all cities fade away, to be replaced with rolling open farmland. It is a post-harvest terrain of freshly-turned brown earth extending to the horizon where it meets the deep blue sky dome, a familiar passage for this Camino couple from the Canadian prairies.

After a few kilometres, we begin our 350 metre ascent of Alto del Perdón, the Hill of Forgiveness. For some time, this escarpment has announced its presence on the horizon of this spare landscape, its brow lined with the white lashes of wind turbines. Soon we are climbing directly below their blades as they cut the air with an unwavering whoop-whoop-whoop.

At the crest of the hill, the Camino reasserts itself with a monumental contemporary sculpture rendered in rusting steel. These cutouts of pilgrims remind us of the long history of the Camino, starting in the mid-10th Century and continuing, though with a few quieter periods, right up to the present. The Camino is experiencing a renaissance these days. In 1985, 690 pilgrims followed the route but by 2010, the number rose to an all-time high of 272,703. Judging by the number of pilgrims we encountered so late in the fall of 2012, all crowding restaurants and competing for limited accommodations, it would seem that the Camino’s popularity is not abating.

The trail descends rapidly and eventually deposits us at our destination, Puenta La Reina. This small, walled town of 2,000 people dates back to 1122. Its parallel streets run straight through to the Rio Arga and the handsome Romanesque bridge that crosses it. The whole purpose of the town is to provide a safe crossing over the surging river, partly for commercial traffic but primarily for pilgrims on the Camino. Businesses lining its street have served the walker’s needs  since the town’s birth, as has the Iglesia del Crucifijo, the Romanesque church operated by the Knights Templar, defenders of the pilgrim route up to the 14th Century.

Also in service of Camino pilgrims since those early days are the Spanish wineries stretching from the Pyrenees to Finisterre. And tonight, as we will do every night on the Camino, we embrace this historical ministration with a fine bottle of local Navarre wine. Buen Camino indeed. 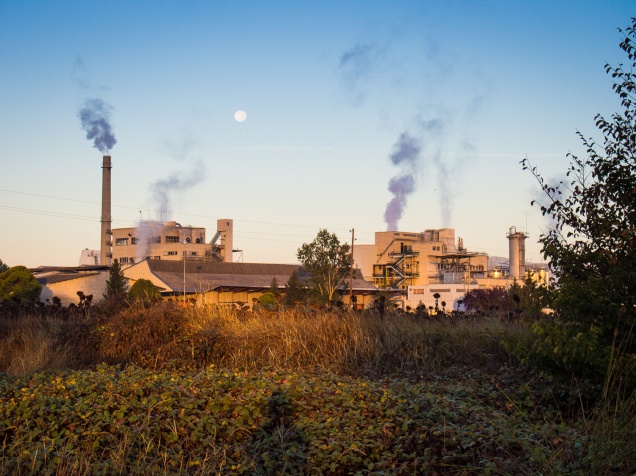 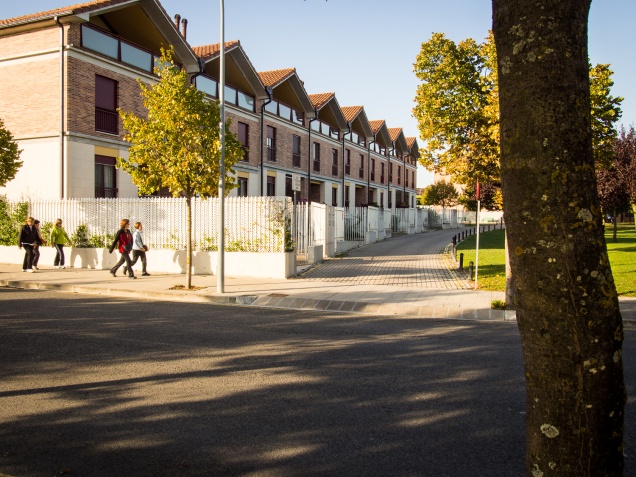 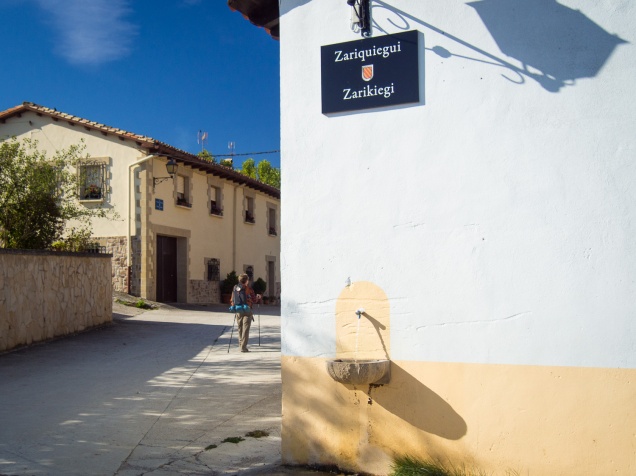 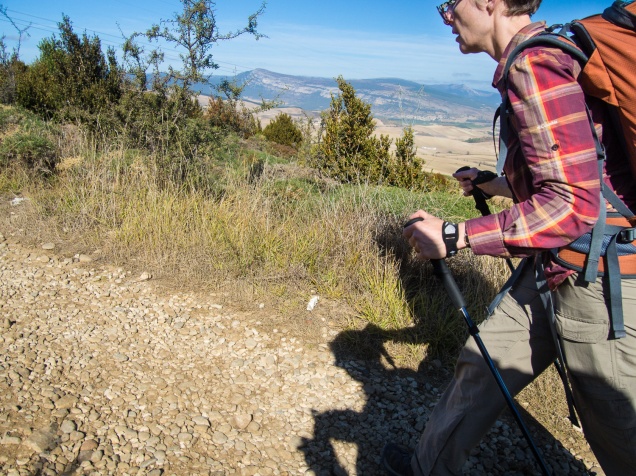 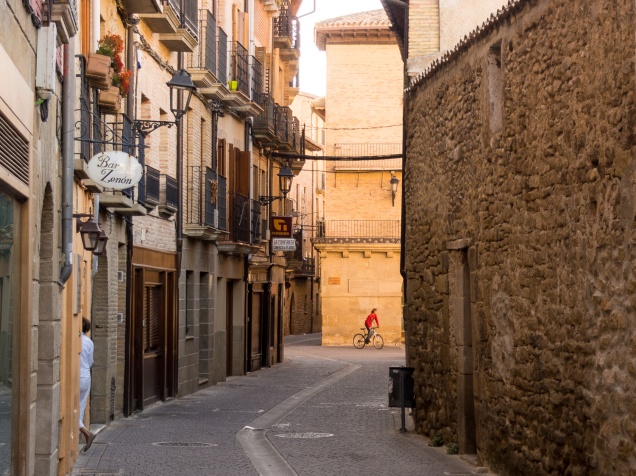 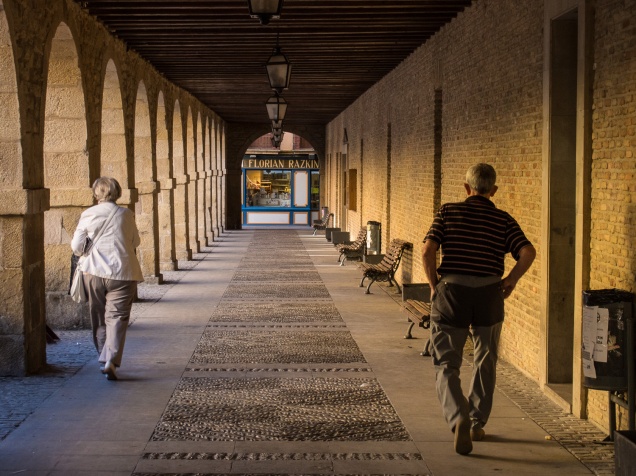 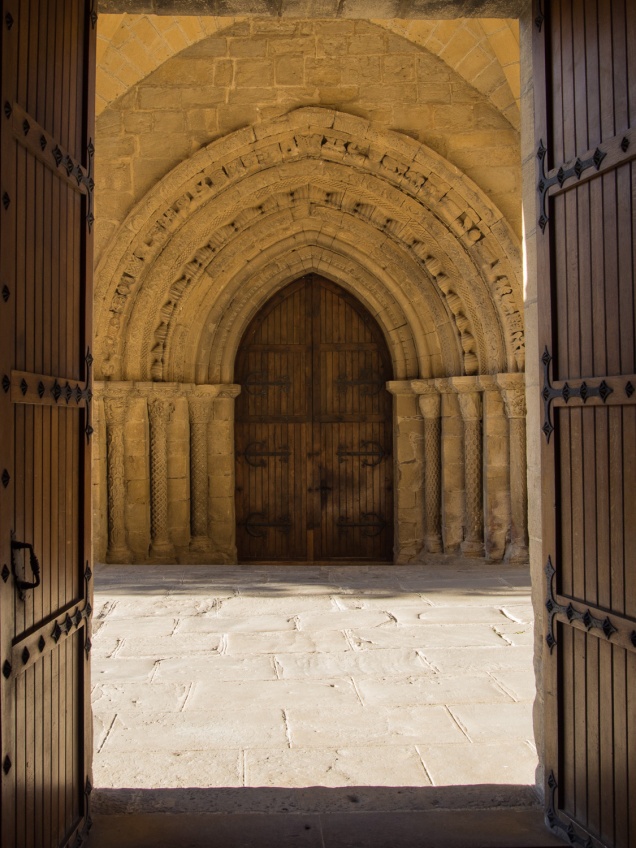 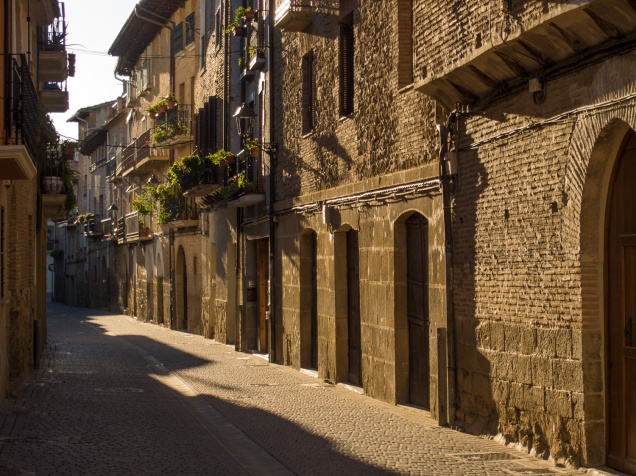 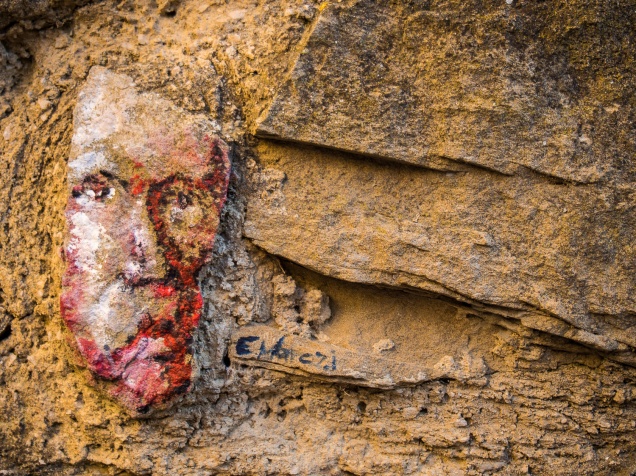 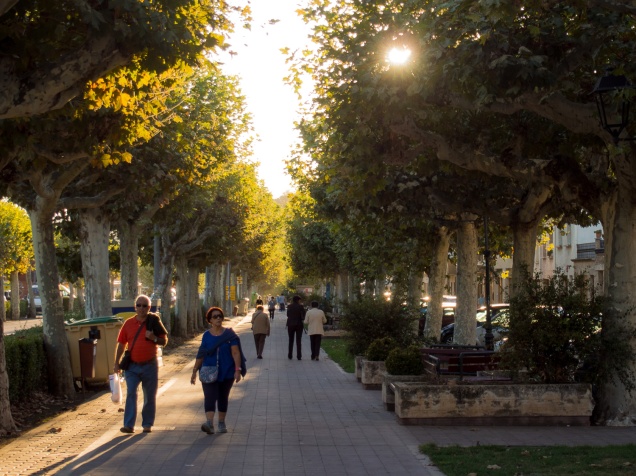 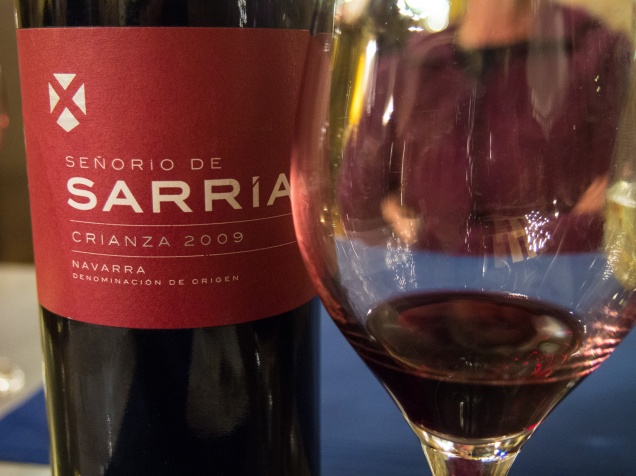