It was still cool and dark when we left Los Arcos on our long 29-kilometre journey to Logroño. Soon the blackness gave way to deep blue skies, criss-crossed with orange contrails as the sun made its way over the horizon.

By the time we were bathed in warmth, we had arrived at the historic pilgrimage village of Torres del Rio. Its architectural highlight is the Iglesia del Santo Sepulcro, an octagonal stone chapel rising above the rest of the community. It’s a handsome Romanesque structure with a range of historic possibilities. Some believe it to be an outpost of the Knights Templar, 12th century defenders of the Camino. Others that it is a funeral chapel. Some say it might have acted as a lighthouse, the caretaker climbing the attached circular staircase to the lantern above and lighting a flame to guide late-arriving pilgrims to the village. Regardless, it is worth paying the small fee to visit inside, a simple, well-proportioned space, walls minimally decorated with chiseled stone bands and capitals, surmounted by an intricate ceiling of crossed stone arches.

We walk onward to Vianna, a 12th century town of 3,500. Again, history takes centre stage. Some of its original Roman walls can still be found. There is the requisite church, Iglesia de Santa Maria de la Asunción, dating from 1250. The town centre is dominated by the 1673 Baroque-style Ayuntamiento (town hall). Nearer the edge of town are the romantic ruins of the gothic Iglesia de San Pedro, now a pleasant park in which to have a picnic lunch while enjoying the structural acrobatics and craftsmanship of the church’s 13th century artisans.

Just as we are about to arrive at Logroño, we cross a very important frontier; we are passing from the province of Navarra into La Rioja, from one wine district to another. Logroño is the capital of La Rioja region, certainly a worthy first place to sip deep red Rioja wine. And to explore, in a slightly tipsy fashion, Logroño’s narrow pedestrian streets. 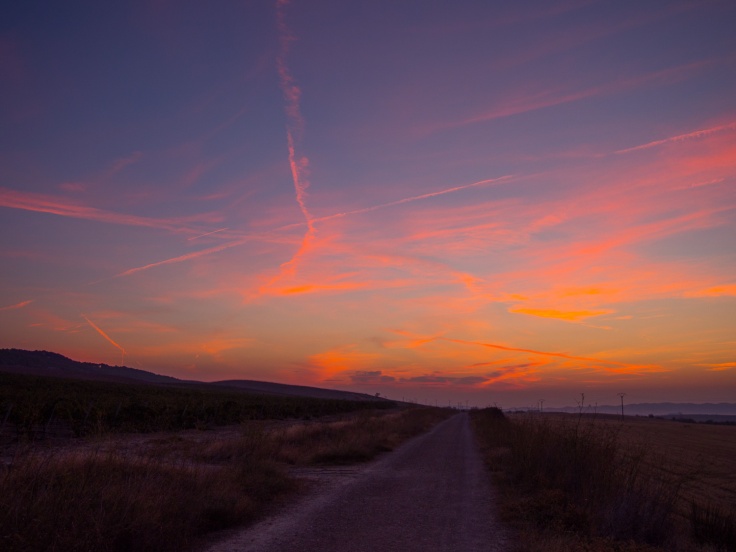 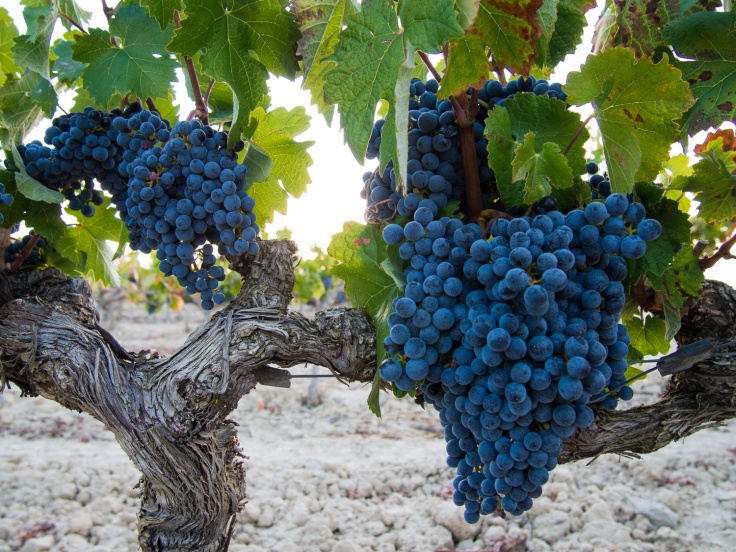 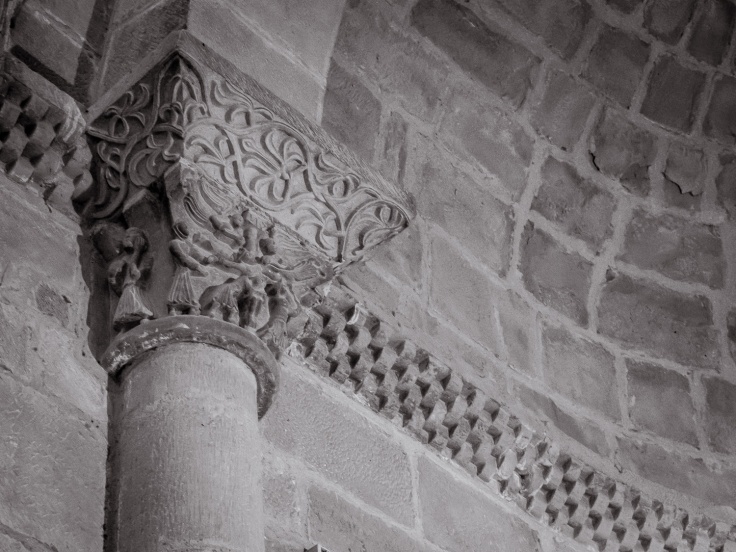 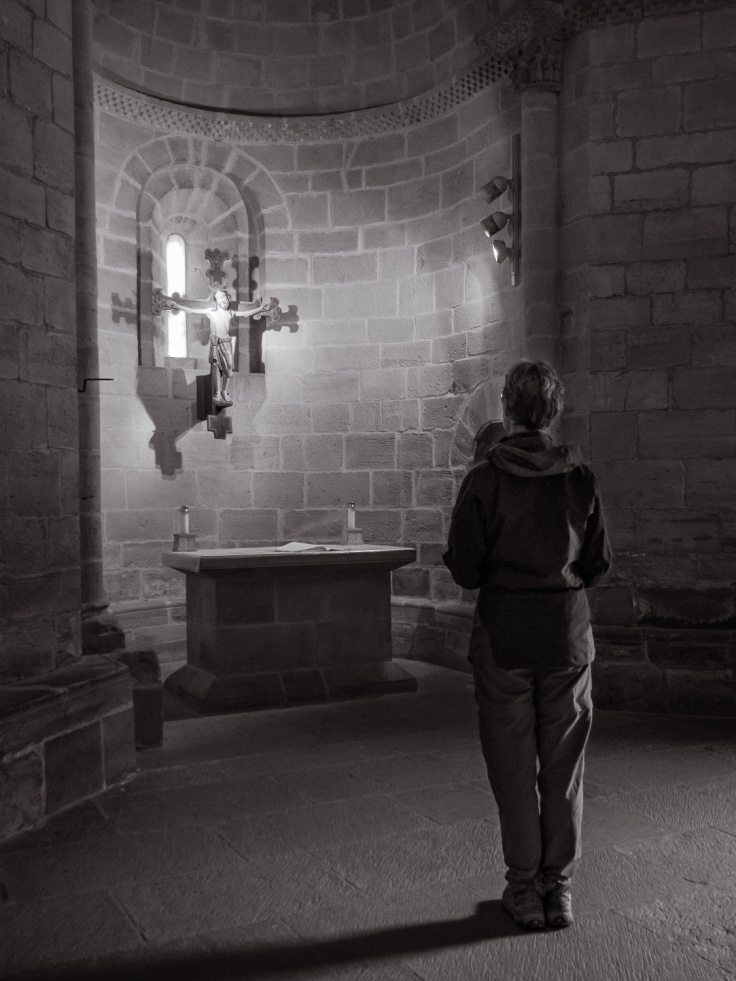 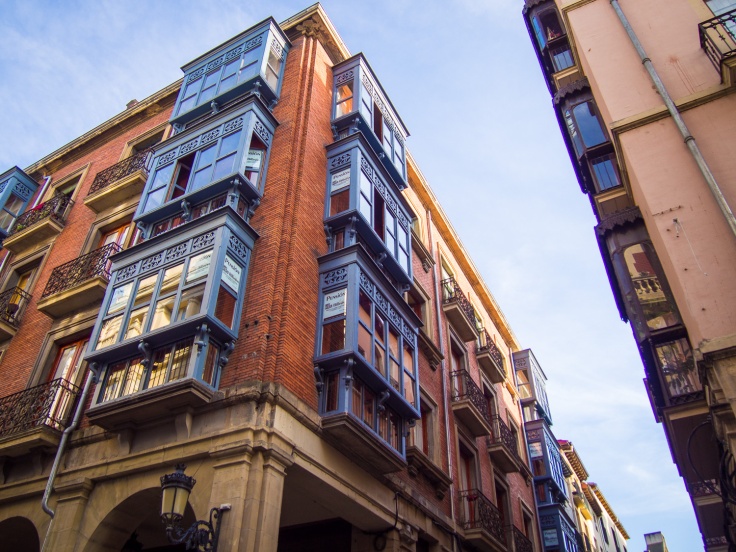 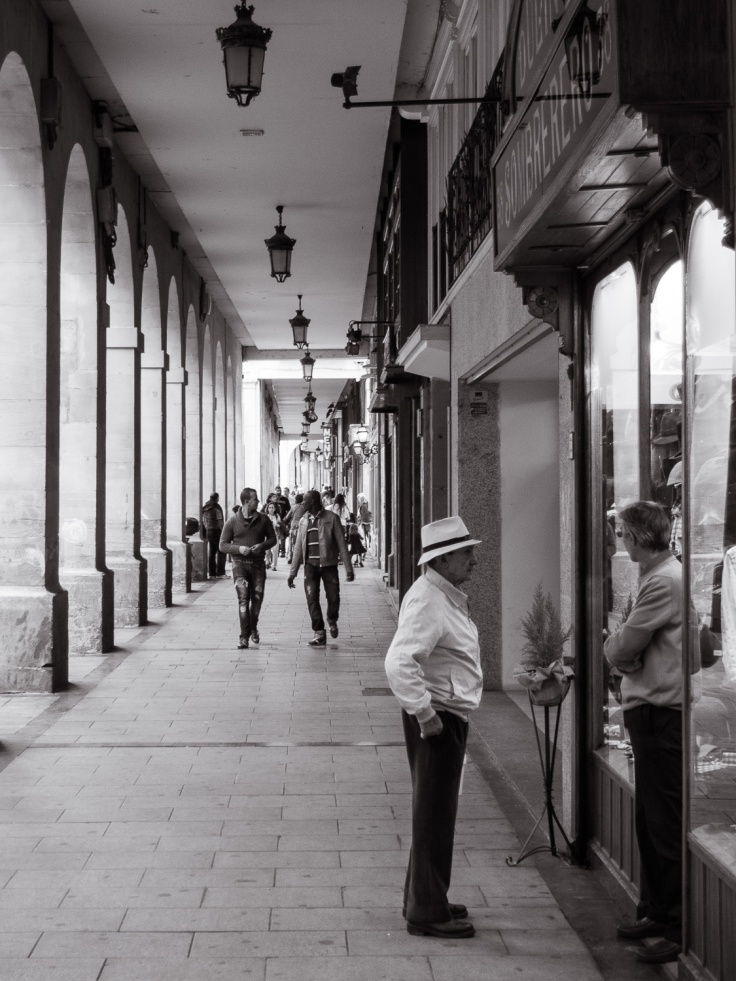 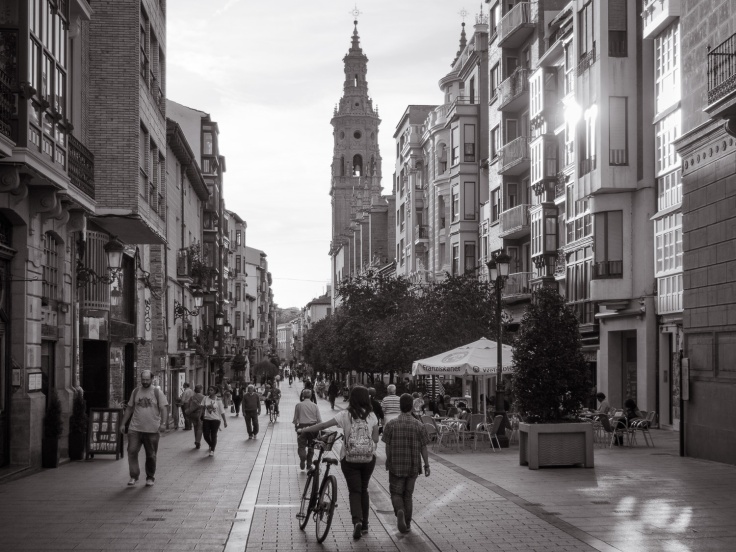 We are greeted the next day by another early start. Our next stopover will be Nájera, 30 kilometres away. We leave Logroño along an attractively-groomed Camino trail. Fields of plump purple grapes, ready for harvest, are the stars of this day’s walk. But there is one small town of note: Navarette. At its centre is the Iglesia de La Asunción. Its restrained stone exterior is an early example of the Renaissance style in Rioja. But, inside, restraint gives way to a Baroque explosion as we approach the altar and its gold-encrusted retablo. It is an interesting counterpoint to yesterday’s simple but equally evocative Santo Sepulcro in Torres del Rio.

We finally arrive at Nájera, too tired to do much more than wander the streets, sip once more on Rioja and rest for the next day. Another long one. 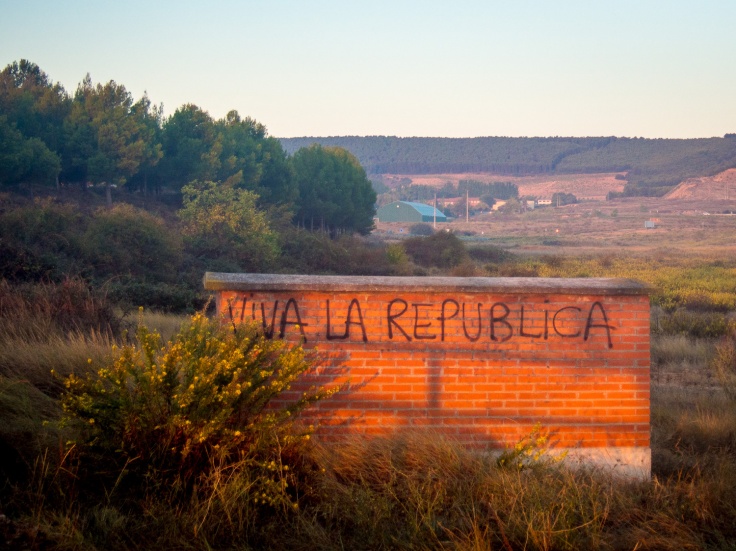 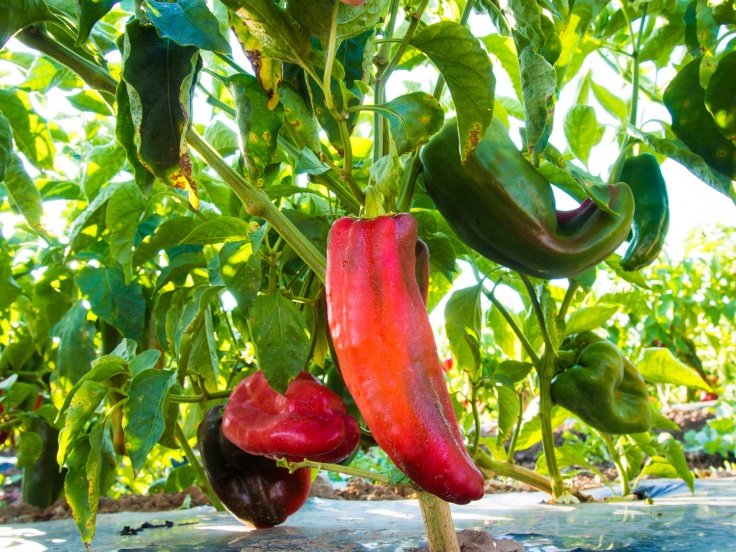 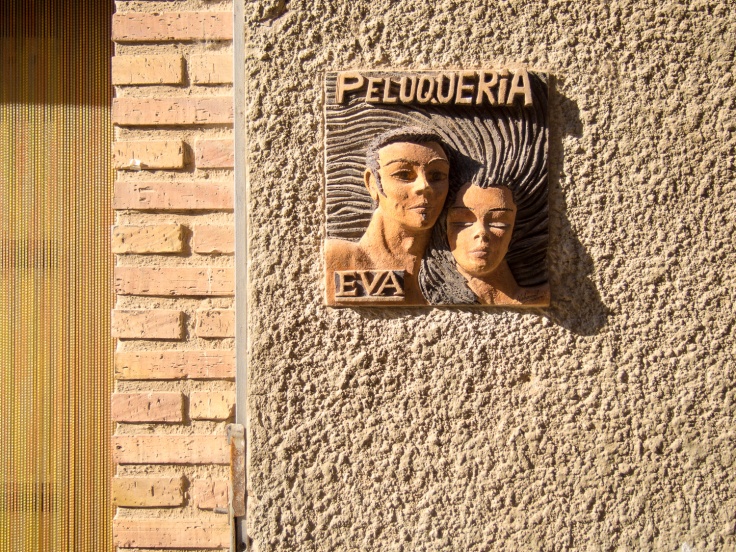 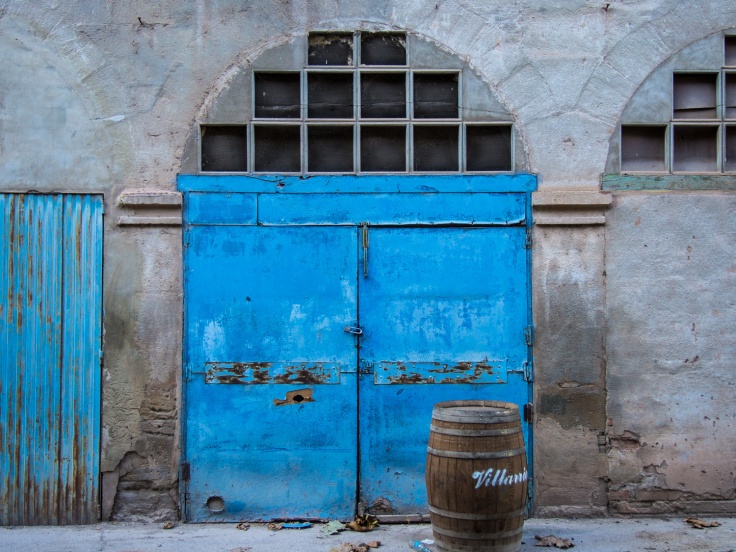 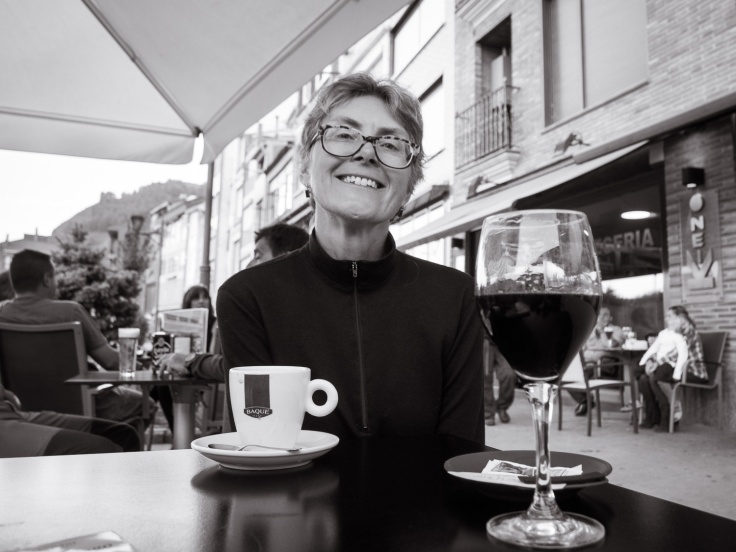