Farewell mountains. Hello Tokushima. Again. Our five days of walking has taken us in a complete circle, back to the place where our journey began.

When we first arrived on Shikoku five days ago, we headed to Temple 1 in the small hamlet of Bando. There, we purchased our Henro gear and fumbled our way through the etiquette and rituals of temple-visiting. Within a couple of hours, we were on a twenty-minute commuter train ride to the nearby city of Tokushima, our home for the night. We would return to Bando the next morning to continue our 88-temple pilgrimage.

Yes, we could have stayed in Bando, in a small ryokan (Japanese-stye inn) or an even smaller minshuku (family-run inn). But these require advance booking since the proprietors need to purchase and prepare food for the dinners and breakfasts usually included with the room. All reservations are done over the phone; there are no online booking options. And that requires a skill we do not possess: to speak fluent Japanese with proprietors who know no English. If our guidebooks and research were accurate, this would be a problem every night on our Shikoku pilgrimage.

So we developed a plan to work around our language deficits. We would start our pilgrimage at an upscale hotel in Tokushima. One that could be reserved online, in English. Hotel Sunroute was a stone’s throw from the train station. A big, modern hotel with the added bonus of a lovely rooftop onsen (public bath).

Part two of our plan: ask the hotel reception staff, whom we thought would speak English (they did), to phone the innkeeper for our next night’s hoped-for accommodation, near Temple 7. The young woman behind the hotel desk was extremely helpful and patient. The first of two minshuku near our destination was full. Fortunately, the second was available. Okuda-ya would be our home the next night. We listened as our accomplice carried on lengthy, rapid-fire phone conversations, realizing how futile it would have been for us to attempt such a call.

Which leads to part three of our brilliant plan: we had prepared a cheat sheet of translations that we could show to our future Japanese hosts. We formulated likely questions, first in English, then a Romaji (phonetic) translation and finally – for our hosts –  a Hiragana/Katakana translation.

That next night at Okuda-ya, we nervously unfolded our cheat sheet and held it out to our host, pointing to a question that we hoped he would understand:

Excuse me please, but couldn’t you book a room for me?

He smiled. “Ahh!” He got it. We opened our guide book, pointed to our next night’s selected destination, Ryokan Yoshino. The book showed its Romaji name, the Hiragana translation and a phone number. Obligingly our host called and after a lengthy conversation in Japanese, gave us the thumbs-up. The plan had worked!

But further tests would have to wait for a while.

During our circular route back to Tokushima, we befriended other pilgrims. At our first temple we met Kanako. A cheerful young Japanese woman from Osaka, she also spoke English. That day and a few temples later, 75 year old Itou, a spritely Japanese man backpacking alone, asked to take pictures of us and us to take pictures of him on his Samsung tablet. We also occasionally crossed paths with Fang from Shenzhen, China, a young bundle of nervous energy who was walking without guidebooks or, it seems, a plan.

Fang turned up at our first night’s minshuku, Okuda-ya, and seeing our success in booking the next night’s accommodation, followed suit, asking our host to book another room for him at Ryokan Yoshino. When we three sat down for dinner at Yoshino’s table the next day, who was there too? Kanako and Itou.

We became a merry band of pilgrims. Each continued their journey in their own way, at their own pace. Each climbed the steep mountain slopes to Temple 12, meeting from time to time to catch our collective breaths.  But, each night, we all converged at the same inn for food, beer, sake and happy banter. Kanako coordinated us all, translating each of our separate English and Japanese conversations, booking our next night’s accommodation and making sure we knew what we were eating.

Along our circular journey back to Tokushima, we pay our respects at three temples. Gone is any hint of a sylvan backdrop. Each temple we pass through is increasingly hemmed in by suburban development until the scenery finally erupts into the coarse fringe of development that seems to surround all big cities. By contrast, downtown Tokushima is a pleasant, modern city worth a day’s visit.

This time, our group checks in at the high-rise hotel booked for us the night before by Kanako: the Alpha Hotel. Fang, who previously spent time in the city, recommends that the rest of us take the ropeway (cable car) to the top of Mount Bizan for a sunset view over the city and then take in the Awa Odori Kaikan, a museum dedicated to a 400 year old dance festival held every year in August. We are too late for the festival but there are nightly performances of the traditional Bon dances. The views and the dancing were spectacular.

We meet Fang later that evening and he, ever the party animal, suggests we all head for an izakaya, a Japanese-style tavern. We follow him to a part of town where izakaya are everywhere. The streets are packed with young revelers on this Friday night. Lanes off the main streets are bright with signs and festooned with hanging red lanterns that traditionally define an izakaya district.  We select a tavern that features seafood and settle into a cozy nook for edamame beans, seared bonito fish and plenty of sake.

It’s a round table that we gather around. A fitting conclusion to this part of our pilgrimage, a circle of 17 temples. It’s also the endpoint for our small circle of close-knit friends. Kanako and Itou must head back to their homes on the Japanese mainland. Fang will move onwards, hoping to reach Temple 24 at Cape Murato before returning to his job in China.

Gail and I will continue on the pilgrim route as well. There’s 71 more temples to visit and, even more daunting, at least 45 more ryokans to reserve…without the help of dear Kanako. It’s time to put part three of our master plan back into action:

Excuse me please, but couldn’t you book a room for me? 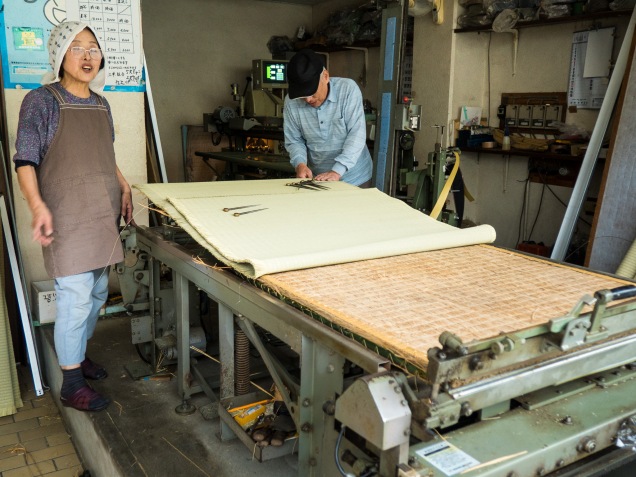 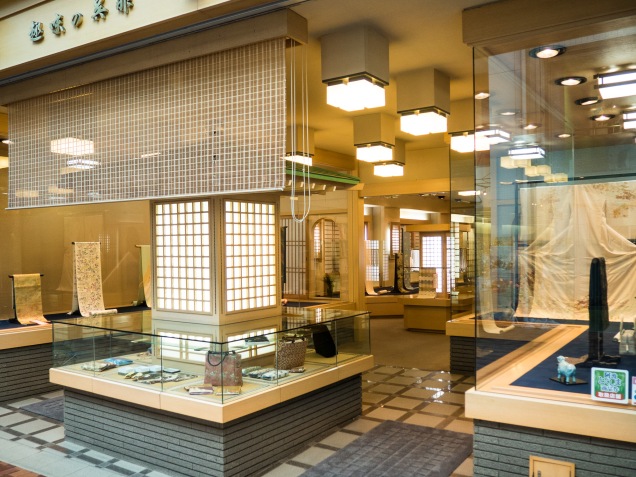 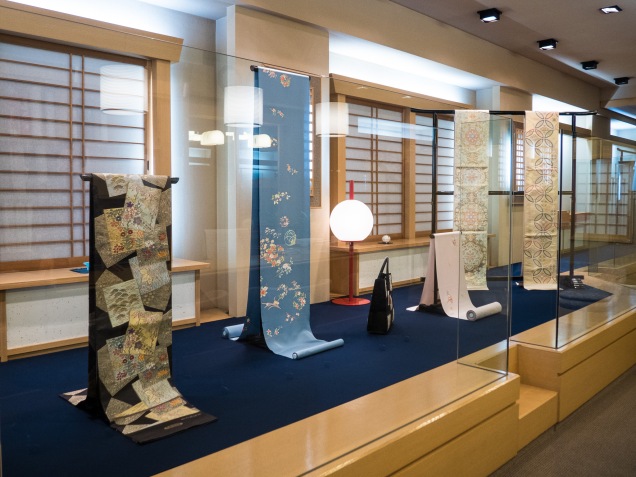 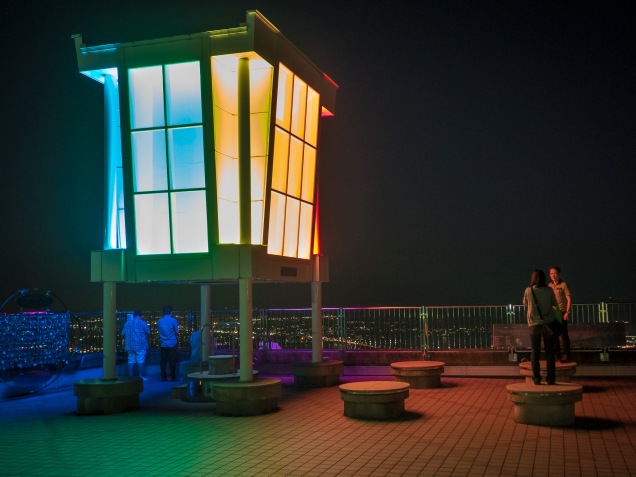 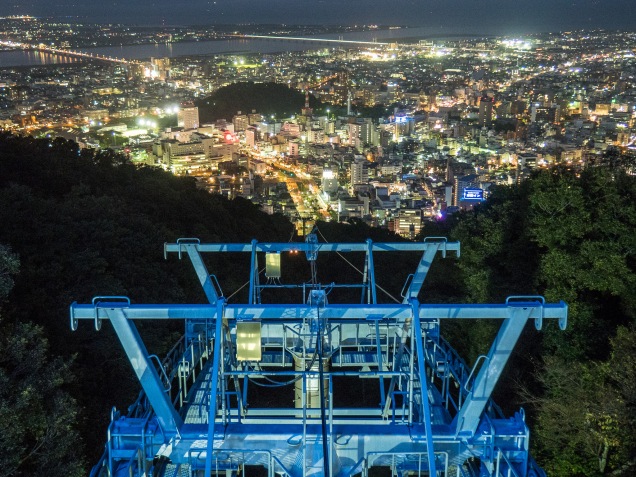 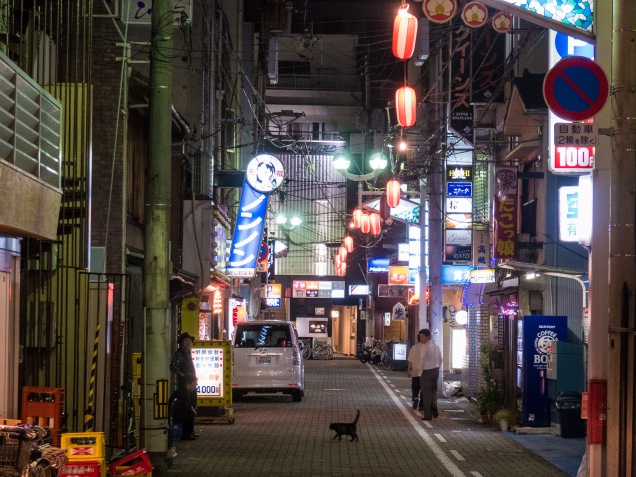