It hits us as soon as we leave the hotel. The blur of senses. Cars and trucks merge with walkers in a dangerous dance as we make our way east on Avenida Indepencia. Crowded sidewalks, shared with vendors under makeshift poly sheds, ply belts and plastic gizmos. A chef, high on a step ladder, slices spiced meat for tacos al pastor. Thin beef sizzles on a street-side grill. A cross street announces the city’s Chinatown, with red lanterns and stone lions. Further on, oval shaped cornmeal-and-bean huaraches cook on a street side grill. An intoxicating concoction of steam, smoke, spice, meat and corn fills the air.

A few blocks on, Gail and I turn the corner and head for Churrería El Moro. Tucked behind an inconspicuous storefront is a charming old world cafeteria resplendent with blue trim and yellow formica. Here is the early afternoon treat we have been anticipating since leaving our frigid Winnipeg home. Here is the motherlode, the best churros in the world. Crisply fried sticks of warm dough, generously sprinkled with sugar for dipping into a cup of thick hot chocolate.

We have arrived in Mexico City.

A few blocks to the north is our main destination for the day. The Palacio de Bellas Artes is arguably the cultural jewel of the city. Situated at the end of Alameda Central, one of the city’s many well-treed parks, the Palacio stands proud of the crowded streets. It’s a fine pile of a building, classically-inspired and Art Deco-styled. Inside, a grand atrium rises several stories to domed and vaulted roofs. On the way up is a splendid auditorium—we will return here this evening for a performance by the Ballet Folklórico de México— followed by a floor of vibrant murals by Diego Rivera and others and finally, just under the domed ceiling, the Museo Nacional de Arquitectura, right now featuring an exhibition devoted to the architecture of the 1968 Olympics.

Beyond the formal, dignified grounds of the Palacio and stretching east to the Zócalo, Mexico City’s ceremonial central plaza, lies a pedestrian corridor, Avenida Madero. Lined by baroque churches, stores, restaurants and bars, the street is a crush of people promenading up and down the mall. Men, women, children stream by, brushing our shoulders. Many are masked and costumed. Skeletons. Fleshy revellers donning lifelike hearts seemingly pulled through chest cavities. Evil angels. Dogs in tutus.

It’s a surreal scene, the start of Dia de Muertos—Day of the Dead—festivities across Mexico. A chance for the living to pray for their dead family members and friends and help support their spiritual return from the other side of the grave.

Officially, it all starts tomorrow, as it does every year, on November 1, with Dia de Inocentes—Day of the Innocents—and an observance of children who have passed on. Dia de Muertos, devoted to dead adults, is celebrated the following day, November 2. But there have been two weeks of parties and parades leading up to these two days and here, on Avenida Madero, things are clearly wound up to a fevered pitch.

So much to take in. We never reach the Zócalo and instead divert our walk to El Cardenal, a well-known restaurant specializing in traditional Mexican cuisine, before returning to the Palacio and a lively performance by the Ballet Folklórico de México.

Our plane landed not more than twelve hours ago. And here we are, ensconced in one of the world’s largest cities. The dark streets are calm as we return to our hotel. A few people quietly drift by. Sidewalk shops are shuttered. Our first walk comes to an end. And we feel comfortably connected to this great city. It will be a good week. 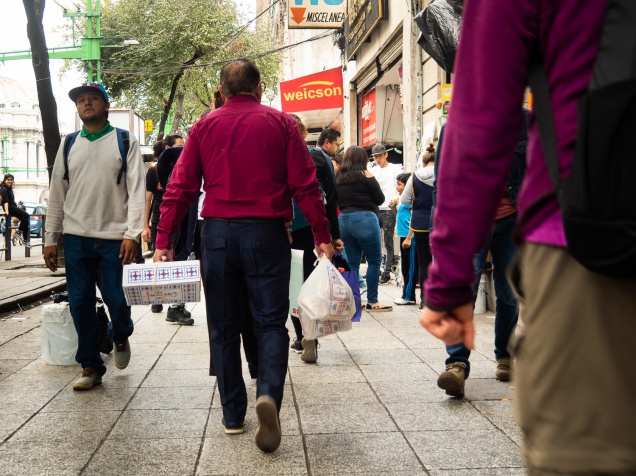 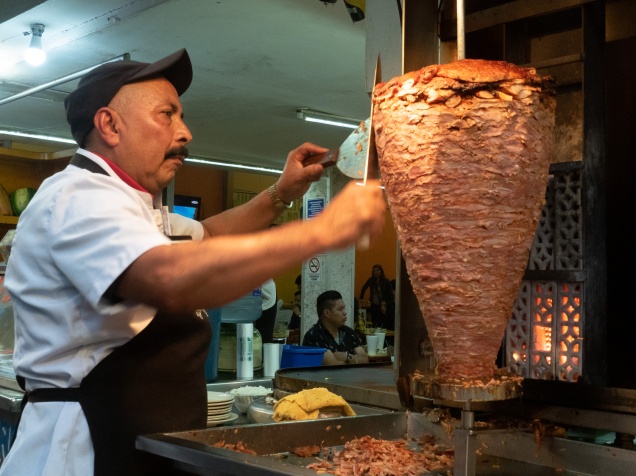 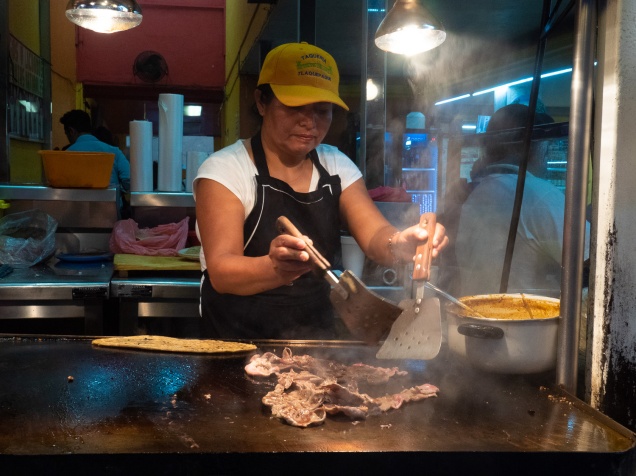 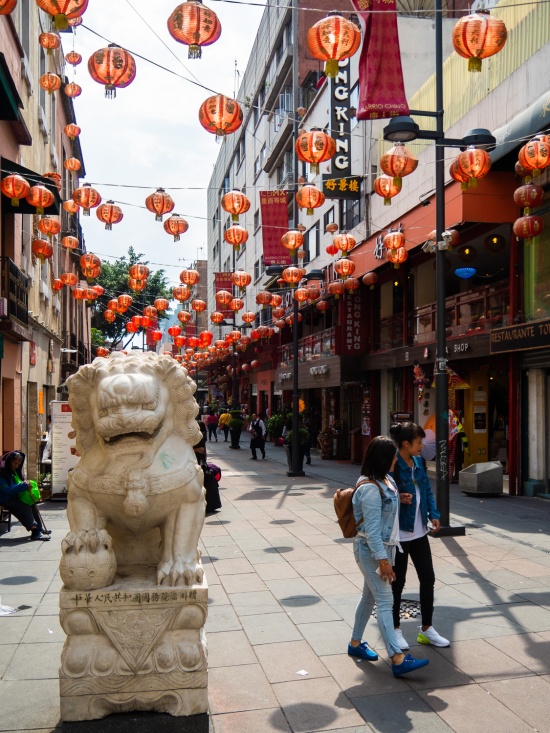 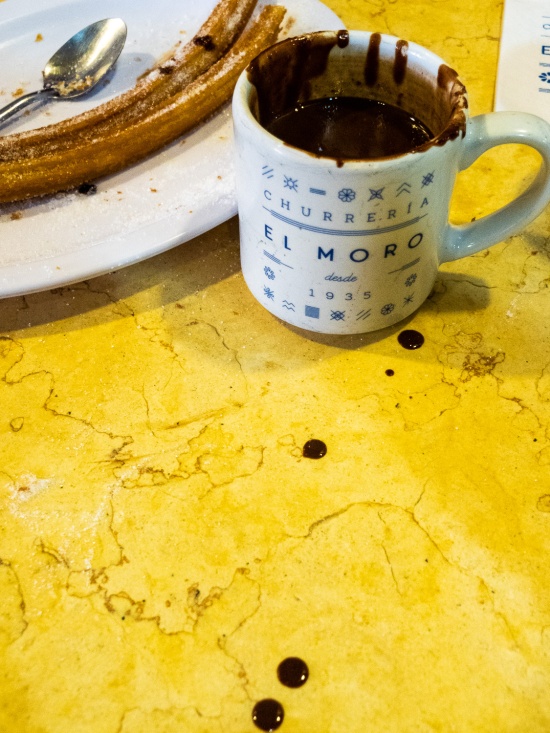 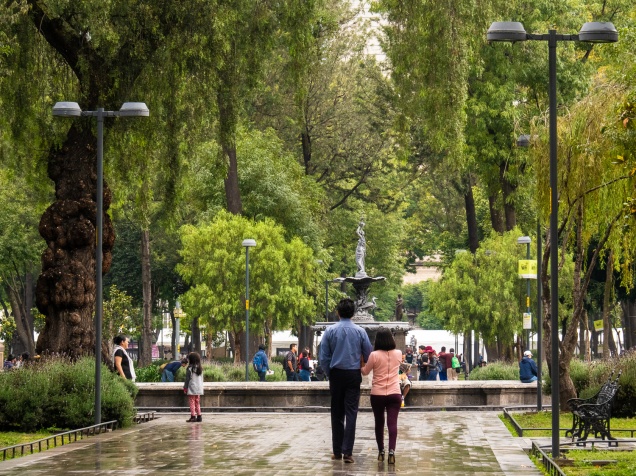 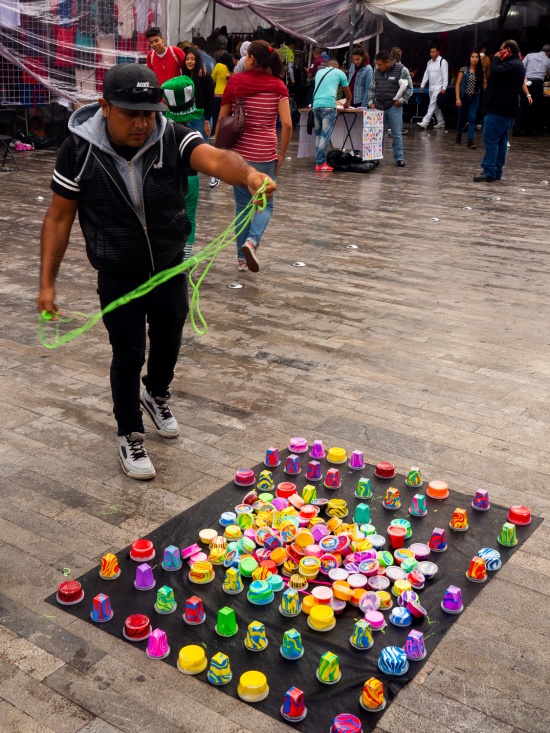 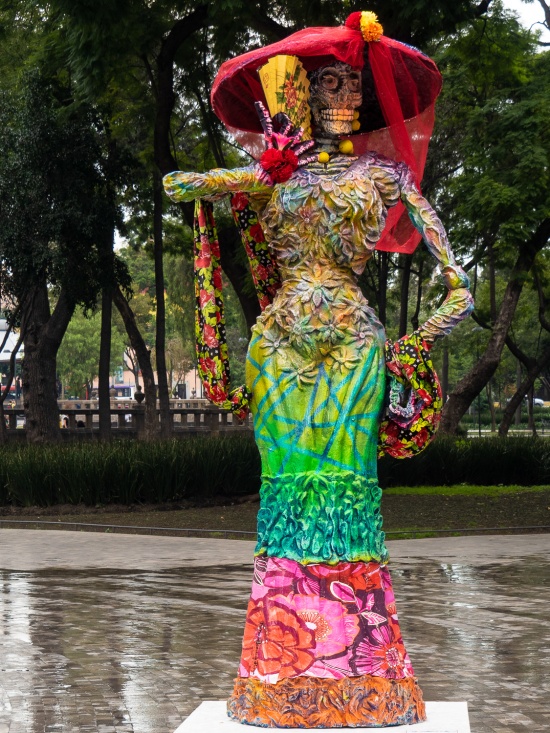 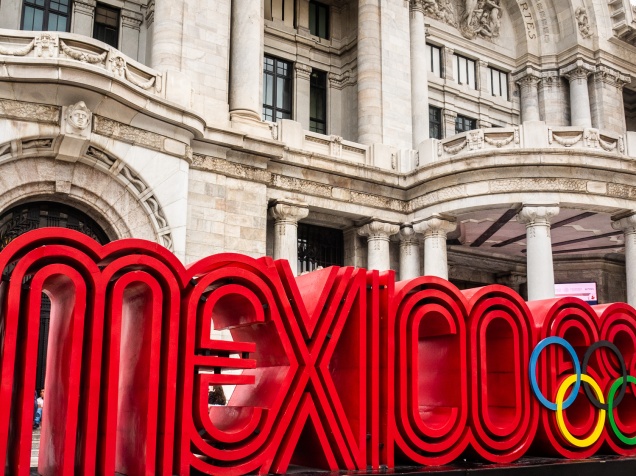 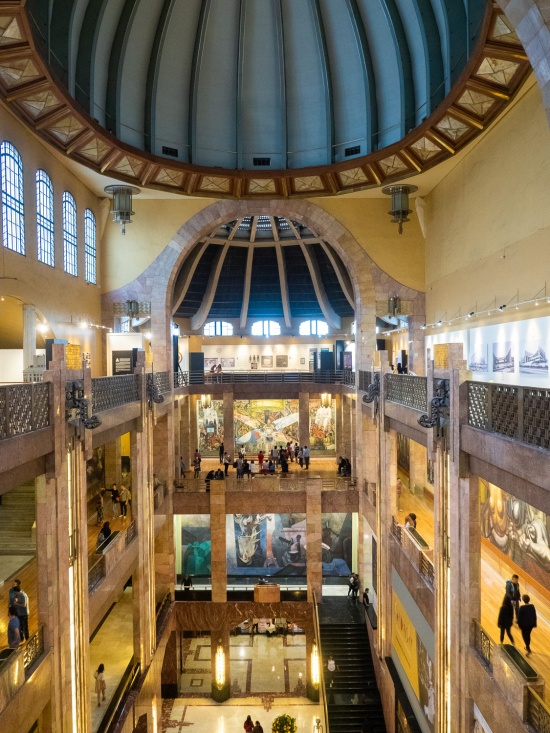 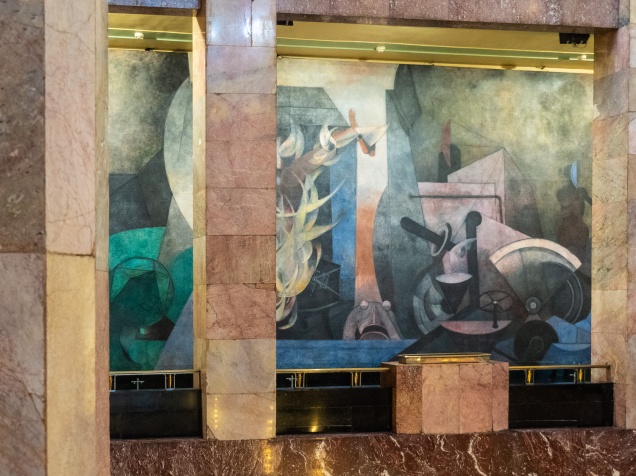 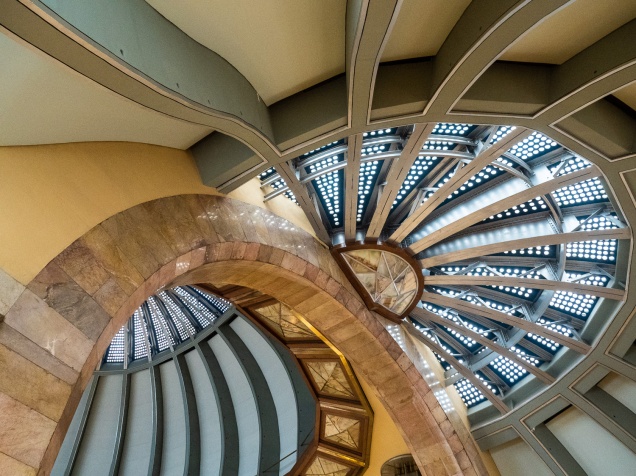 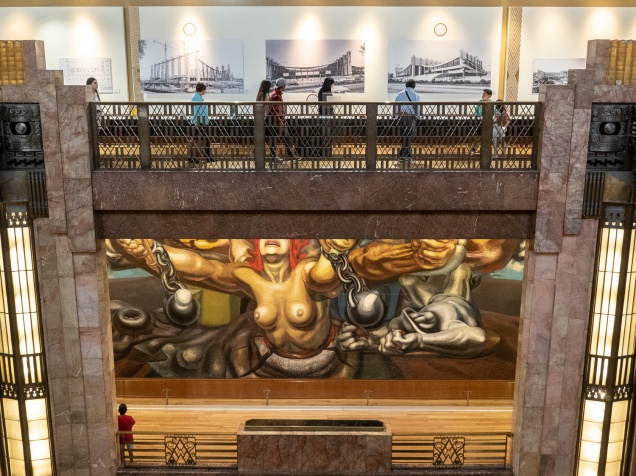 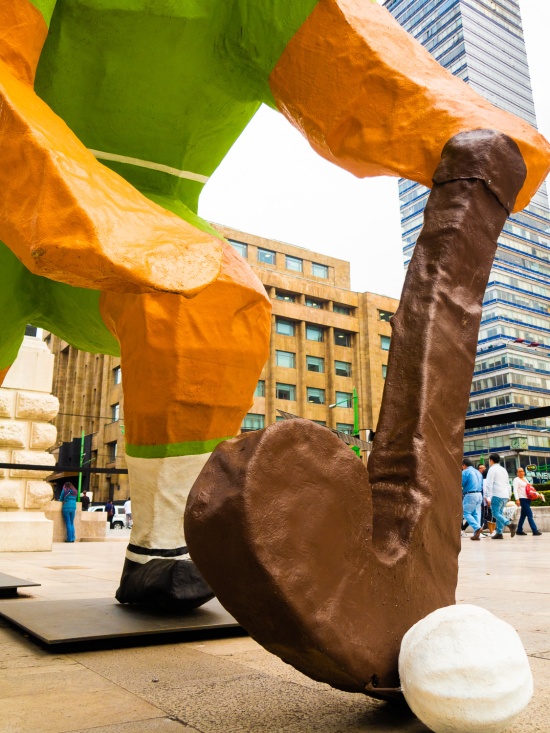 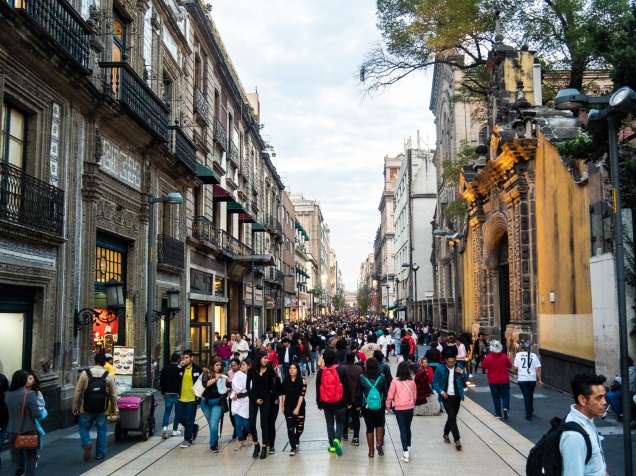 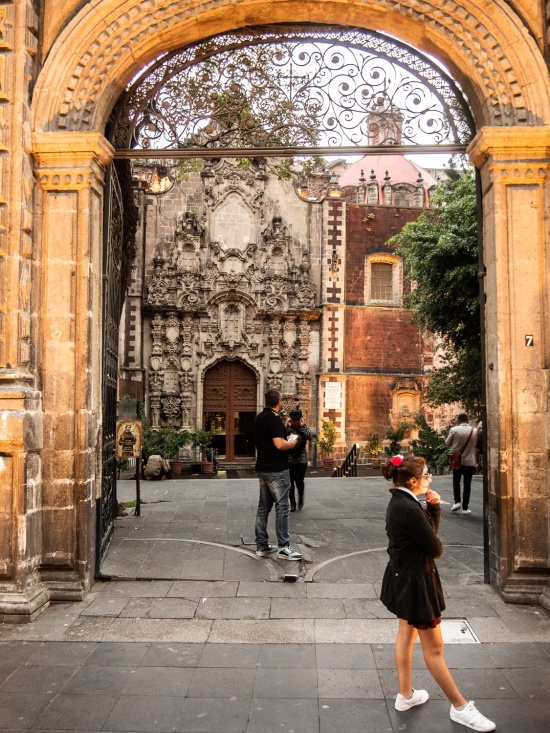 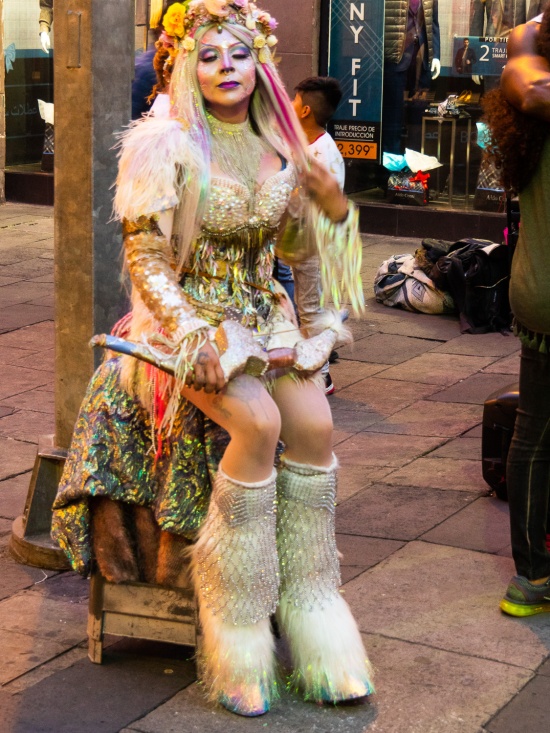 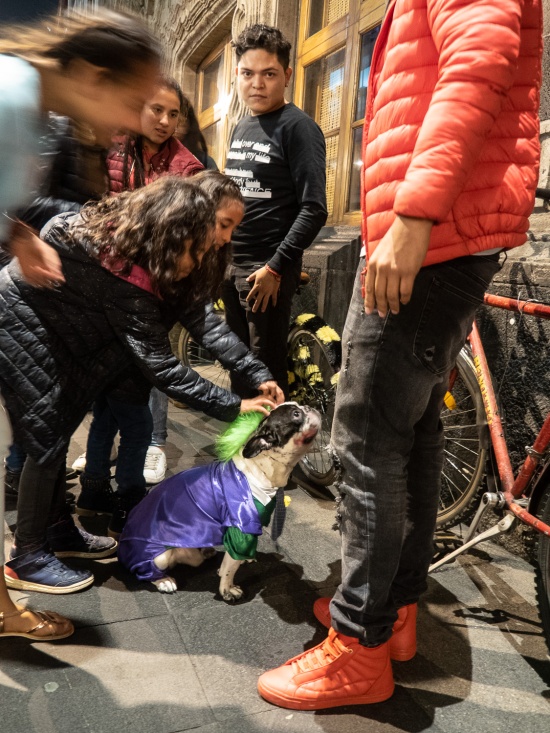 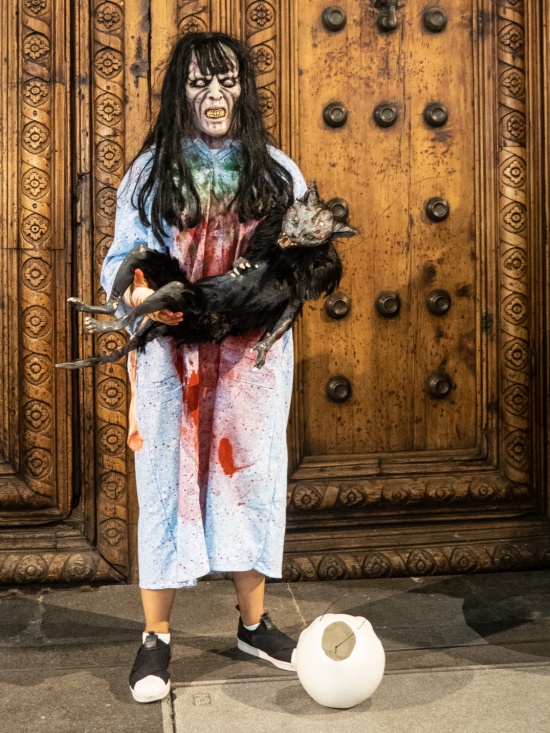 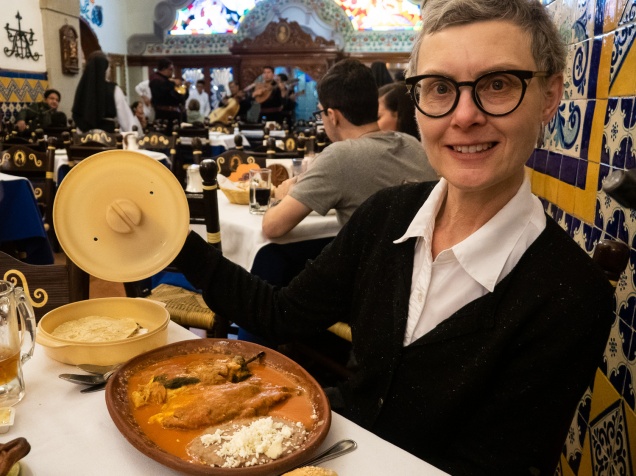 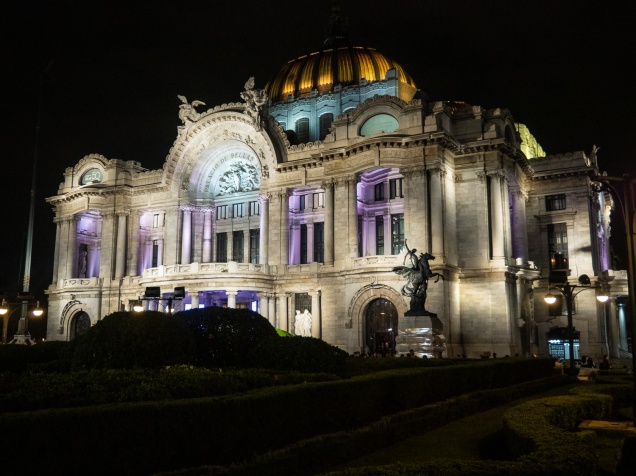 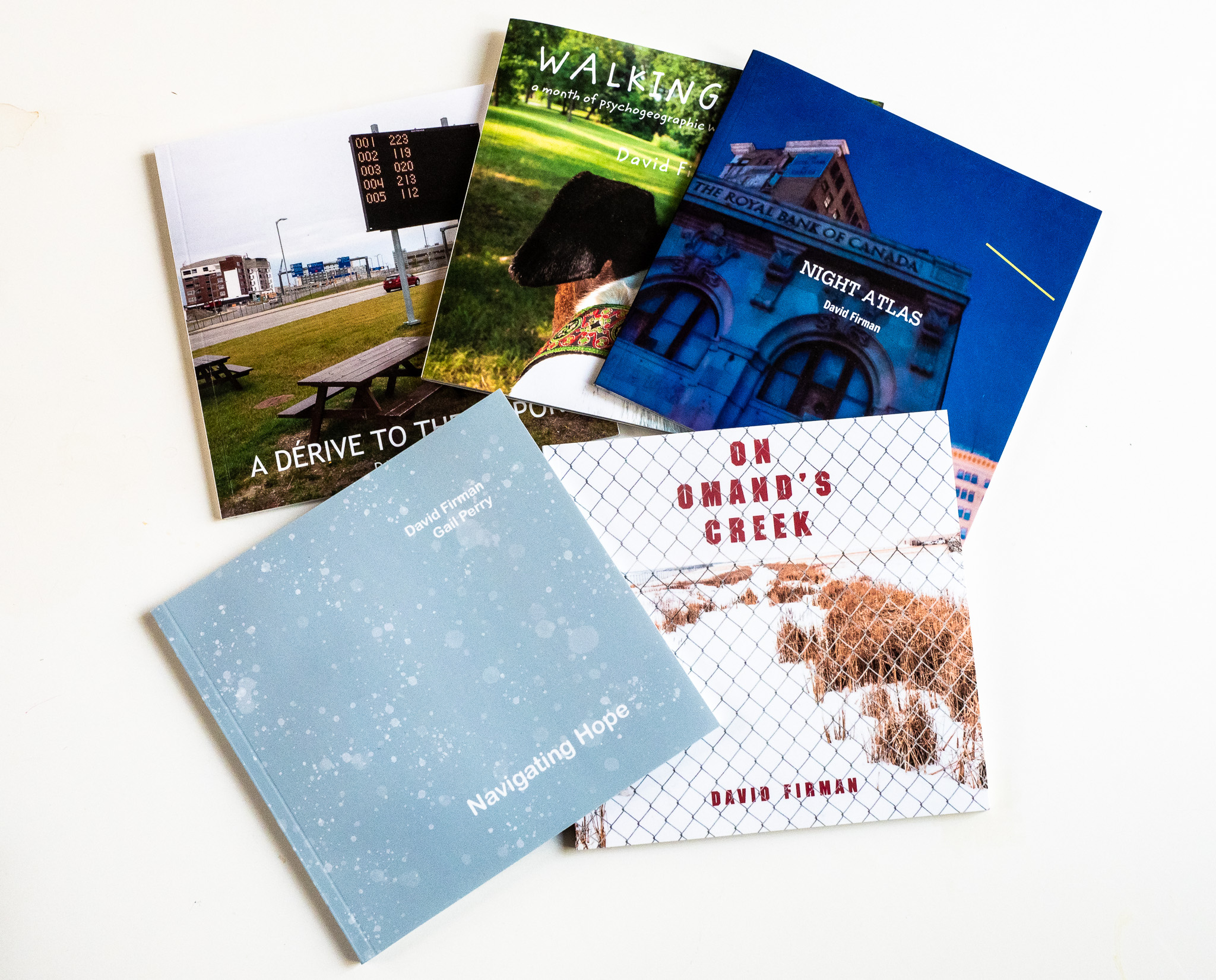