If Chapultepec is the lungs of Mexico City then Paseo de la Reforma must be its pulmonary artery.

The Bosque de Chapultepec is a very large park. One of the largest city parks in the Western Hemisphere. Much larger than New York’s Central Park. Big. And very busy with 15 million visitors each year, 250,000 each day. Yet, as soon as we pass through the gates of Section 1, the oldest part of the park, we are engulfed in a deep forest that transports us far away from the congested, noisy streets of Mexico City. In here, the visiting hoards quickly dissipate down networks of paved paths, finding quiet corners, a park bench to rest awhile and take in the songs of 20 to 60 species of birds that also call Chapultepec home. Chapultepec is not just a park but an ecological preserve with forests playing a vital role in returning oxygen to the city’s strained atmosphere.

The park is also home to nine museums, one of which is the outstanding National Museum of Anthropology. This 1964 modernist tour-de-force was designed by Pedro Ramírez Vázquez with Jorge Campuzano and Rafael Mijares Alcérreca. Upon entering the large courtyard, the visitor is met by a large square concrete slab suspended two storeys above the courtyard and seemingly supported by a single slender column whose mushroom cap pours a larger concentric column of water back down to the courtyard paving. Surrounding the courtyard are the two-storey high exhibition halls, dressed in zig-zaggy brise soleil running vertically over the upper floor window walls. But the architecture takes nothing away from the exhibits, which are well-organized and extensive, exploring Mexico’s deep pre-Columbian and more recent colonial histories.

Chapultepec is itself a word derived from the Aztec “at the grasshopper’s hill” and this park’s Chapultepec Hill was, at one time, a sacred Aztec site. In 1785, it was crowned with a palatial home, then a fortress and finally as the royal residence of Emperor Maximilian I and Empress Carlota in 1864. It is done-up in a Neo-Classical style with grand staircases and rooms much like those in European palaces of the same era. The loggia, with its long wall filled with vibrant stained glass is particularly beautiful. The outdoor terrace, paved with smooth cool black and white marble tiles, is the best reason for a visit. From this high point above Chapultepec’s dense forest are views across the entire city. From here, the suspended concrete umbrella of the Anthropology Museum can be seen, as well as the cable stays that hold it aloft.

The best view is down the arrow-straight Paseo de la Reforma, one of the city’s largest and busiest boulevards. From up here, the road almost disappears beneath a canopy of trees. Its path is defined more by the modern towers lining its edges. This is also the work of Maximillian, who wanted a grand route fashioned after those in the new Europe—such as the Champs-Élysées—leading from his hilltop palace to the the city centre. In fact, it was originally called Paseo de la Emperatriz, or Promenade of the Empress.

In this, he did good.

Gail and I make our way down the castle hill to Paseo de la Reforma—passing, as it does,  through the park— and follow it for four kilometres back to our hotel near the city centre. It is immediately impressive. The heavy automobile traffic almost disappears. Stately sidewalks line the road. Dedicated bicycle lanes run alongside two or three lanes of traffic. In the centre is a broad, walkable boulevard replete with benches, greenery and fountains. Those same trees observed from the castle terrace now offer comforting shelter from the adjacent imposing towers of commerce and finance that dominate the skyline.

Further along, we encounter a series of brightly coloured alebriges, or floats, from a Day of the Dead parade that took place a week ago. Occasionally, the walkways are pleasantly blocked by temporary stands with hawkers selling anything from purses and cosmetics to snacks cooked over an open flame. Amusing public art dots the paseo. And the streets are crowded with families, some with dogs in tow (or is it the other way round?) and couples promenading up and down the avenue.

Paseo de la Reforma may have been modelled after Paris’s Champs-Élysées, but it offers lessons of its own. Mexico City’s boulevard is grand in scale yet intimate. It is warm and welcoming. A place to linger. A place for people to congregate, to meet, to have fun, to promenade. I can only dream that the grand avenues of my own hometown might someday be this wonderful.

It is, I think, the best way to finish our brief visit to Mexico City. 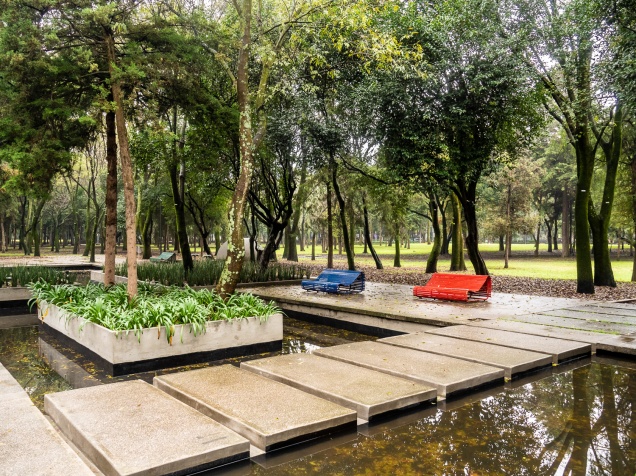 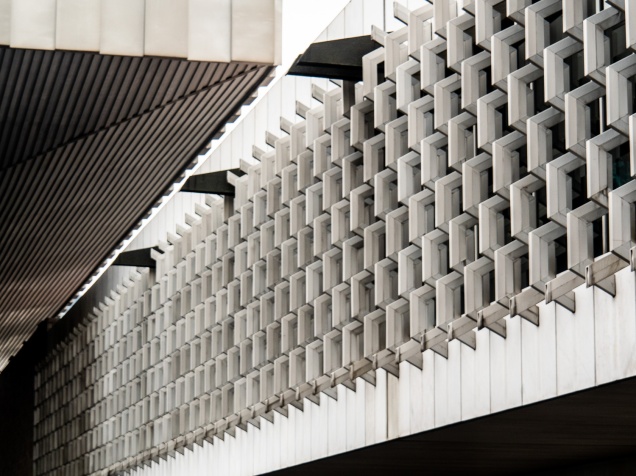 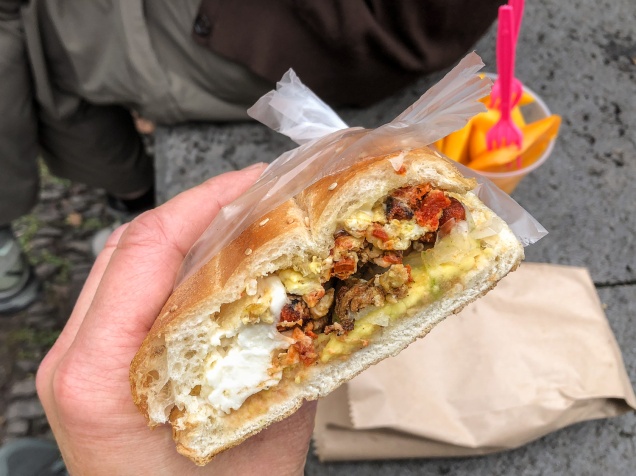 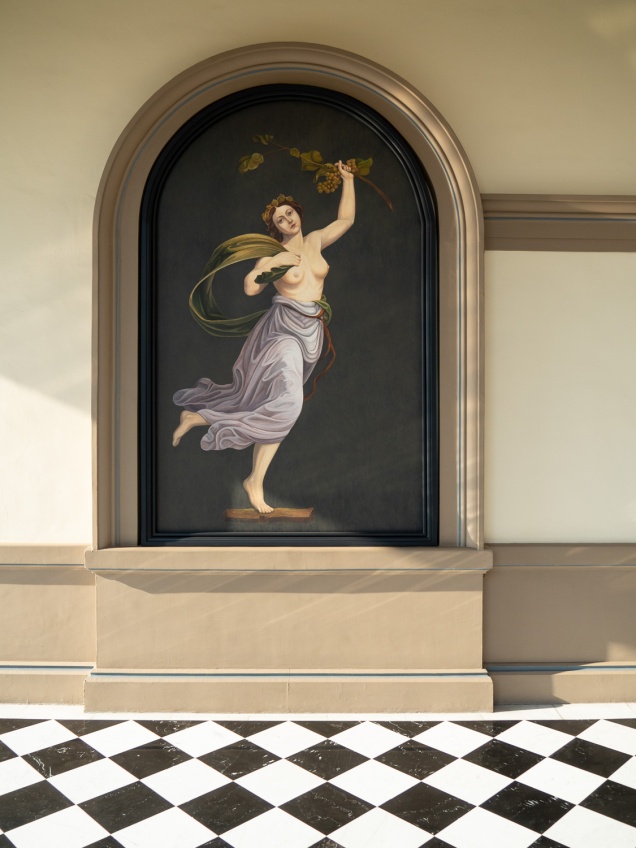 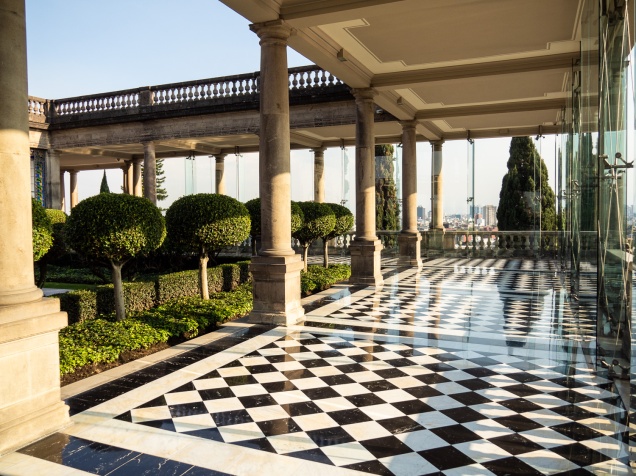 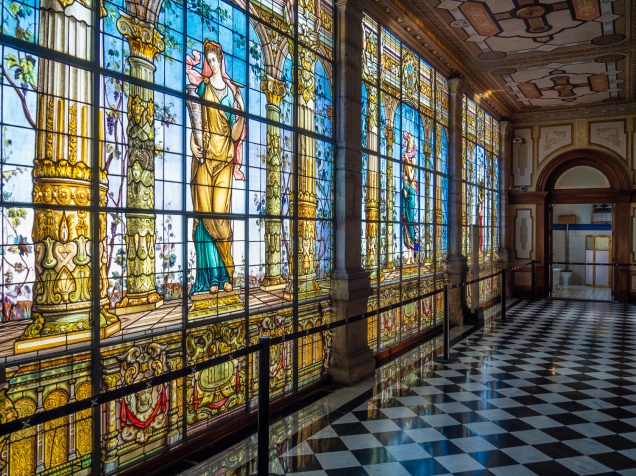 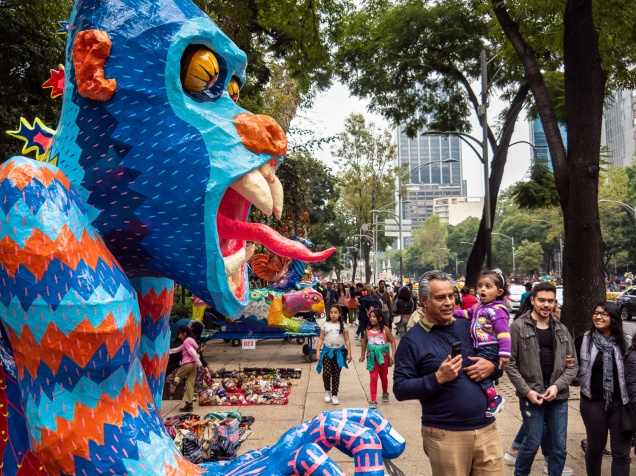 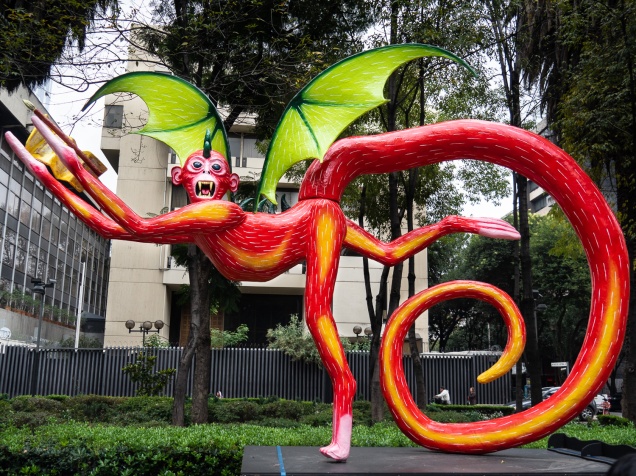 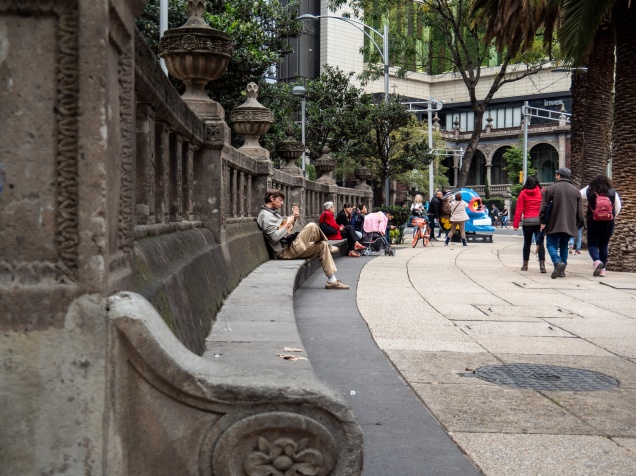 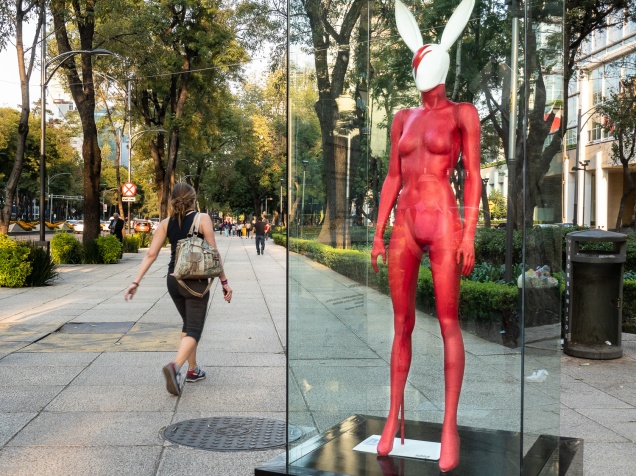