Walking a pilgrimage can be a solitary activity. Gail and I have each other for company, but many travel solo. On occasion our paths mesh for just a moment, loosely intertwining on the trail or at a temple. We exchange pleasantries as best we can, considering we speak only English and they, with few exceptions, are Japanese and speak only Japanese. The 88-temple route is, after all, a pilgrimage deeply engrained in Japanese history and culture. This is their pilgrimage and we are the Western interlopers.

But there are growing numbers of foreigners plying this path. Just as we discovered the Henro-michi back home, so too have any number of other foreign nationals. We have met pilgrims from the United States, Australia, China, France and the Netherlands.

Today, our route will cross paths with Simon from Germany.

We first meet Simon this morning at Temple 41, Ryūkōji. He was just arriving. We were about to depart. Just enough time to exchange a few stories from the trail.

It is said that Kōbō Daishi, likely near where we stand today, also crossed paths with a stranger. The old man was carrying rice and, Kōbō Daishi, thinking he was the embodiment of Inari-myōjin – the god of rice – built this temple in his honour. Locals still come here to pray for an good harvest.

We part ways from Simon and head up the hill and through a cemetery, which offers an encompassing view back down to the temple complex. It is a rare opportunity to see how a temple and all its buildings are organized around a central square, how it fits so well into the natural landscape. Down the other side of the hill, we pass through rice paddies that Inari-myōjin is hopefully watching over.

It’s a brief 3 kilometre walk to Temple 42, Butsumokuji. The temple was originally a protectorate of horses and cows. Today worshippers tend to pray for lost pets. It’s a good place to linger. The grounds are quiet, uncrowded and pleasantly enshrouded in trees. In one of those trees, Kōbō Daishi apparently carved a statue. We couldn’t find it, but we do appreciate the contemplative oasis he established here.

Before long, Simon arrives and, after his much briefer stay, we depart together. On the level sidewalks of Route 31, he is impressed by our pace. At least 30 years his senior, we are two serious walkers with extensive training on the flats of the Canadian prairies. But the trail soon heads up into the woods, bypassing the not-so-friendly Matsuyama Expressway. This is where youth and a heritage of climbing German hills is advantageous. He effortlessly speeds ahead, politely waiting further on till we catch up, then spurting off once more.

Eventually the trail flattens, following the highway to Unomachi and Temple 43, Meisekiji. It’s a good place to end our day of temple visits. Trees and wood-timbered buildings merge into one. Exquisite wood carvings adorn the various temple buildings. Pilgrims cluster outside the main hall, chanting sutras in a low monotone.

As it turns out, Simon is staying in the same nearby business hotel as we are. He’s a student travelling on a student’s budget. Aside from this rare and luxurious night in a hotel, he is camping his way across Shikoku fuelled, it seems, by a convenience store diet of chocolate. So we offer to treat Simon to a good dinner. Our hotel recommends a nearby izakaya.

Izakayas are, more or less, akin to gastropubs or tapas bars. Here, weary Japanese salarymen, still dressed in their black work suits, come to wind down after a long workday, consume small plates and drink – a lot. This one is a cozy, humble place, crowded with men. Two women are busy behind the counter preparing the little plates of food. They greet us and point to three remaining bar-side stools.

It’s also a good place for three tired pilgrims to relax.  We sit at the long bar and chat. A progression of plates are presented. Some dishes we recognize. Breaded pork or rolled omelette is easy enough. Others are strange to us. We are sufficiently intrigued to point to large serving plates displayed on the bar top, filled with some unknown meat or fish, and ask for one of this and two of that. It is all wonderfully delicious, the perfect accompaniment to beer and good conversation. 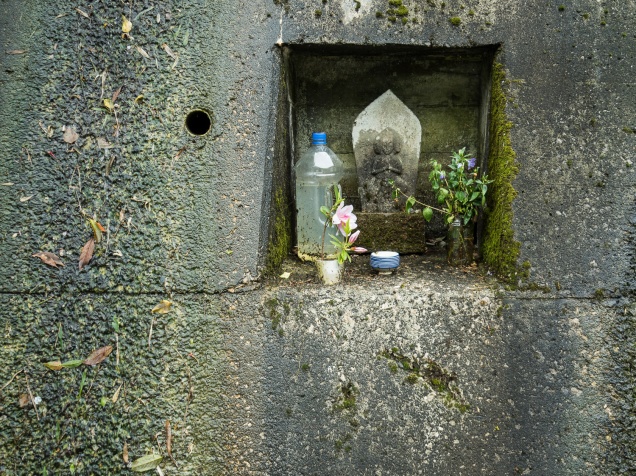 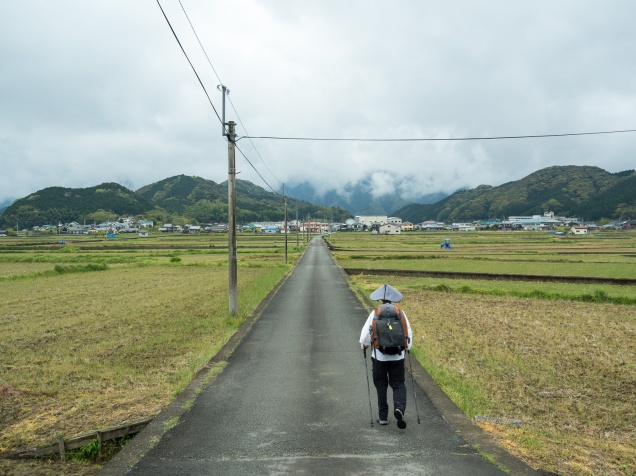 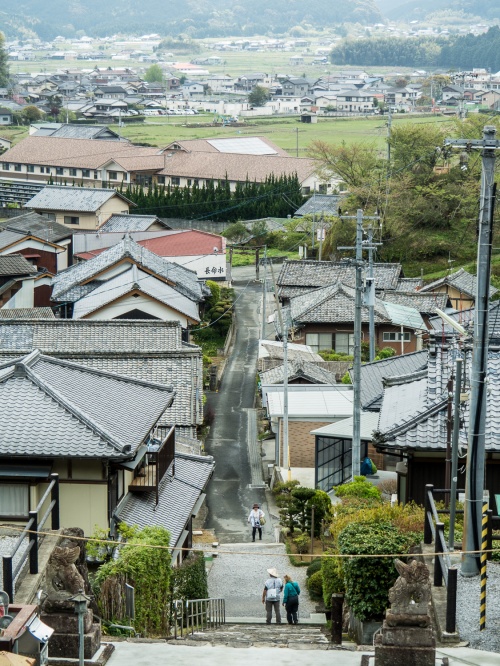 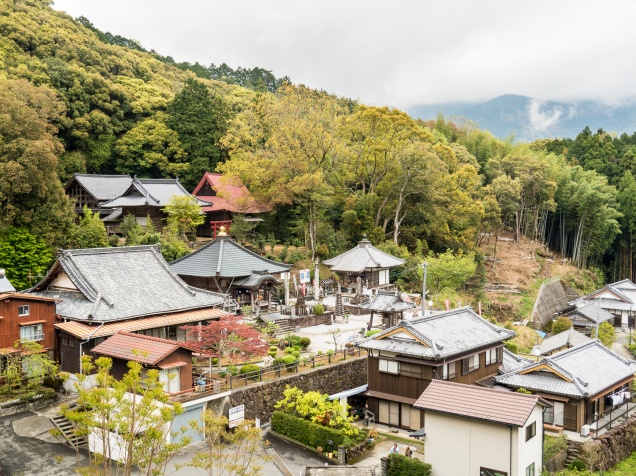 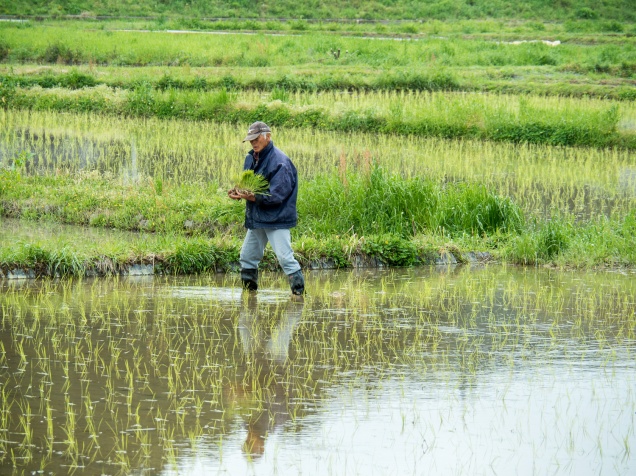 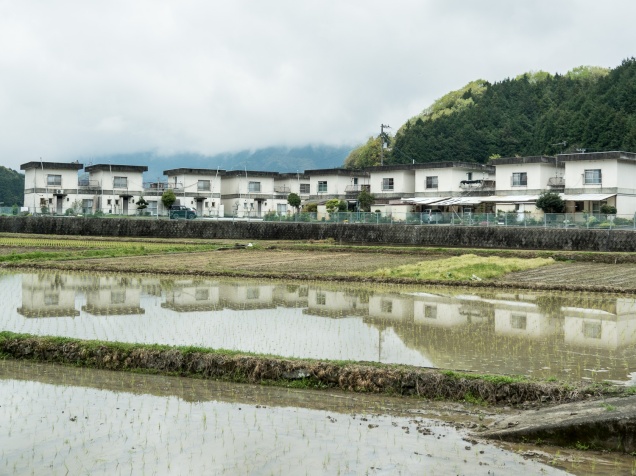 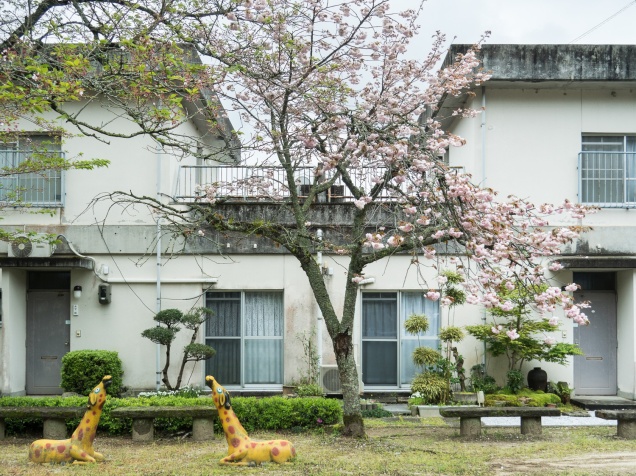 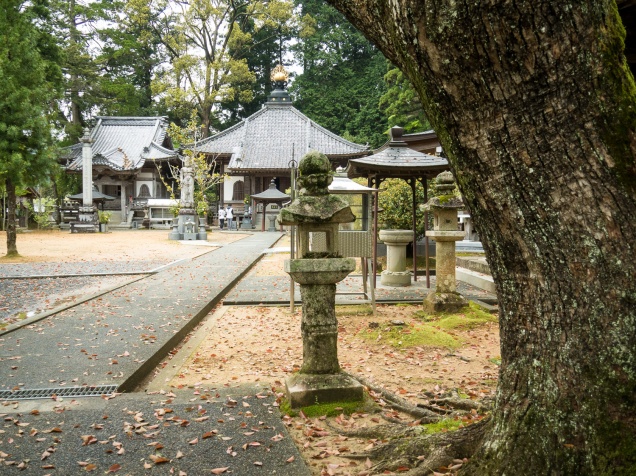 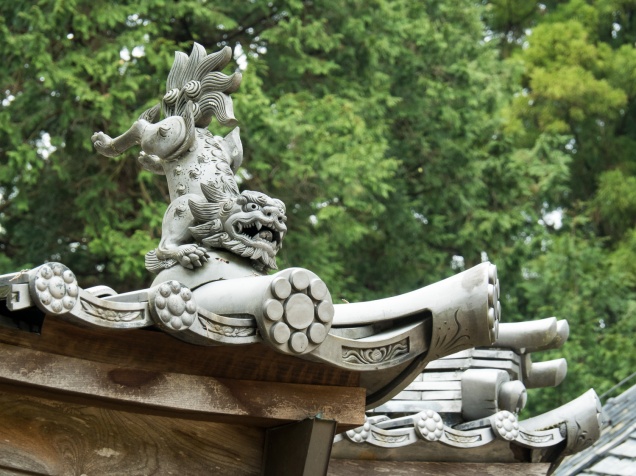 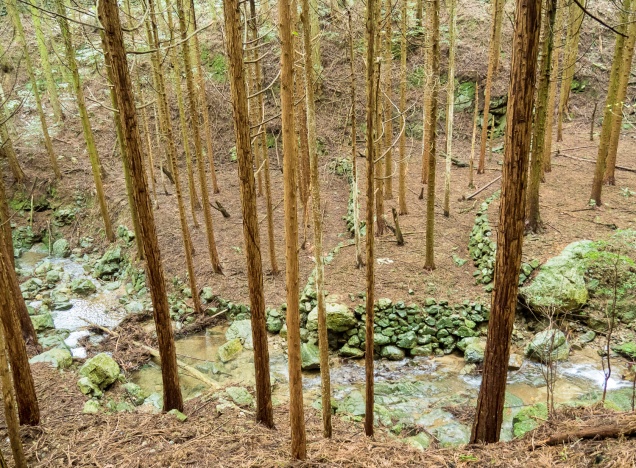 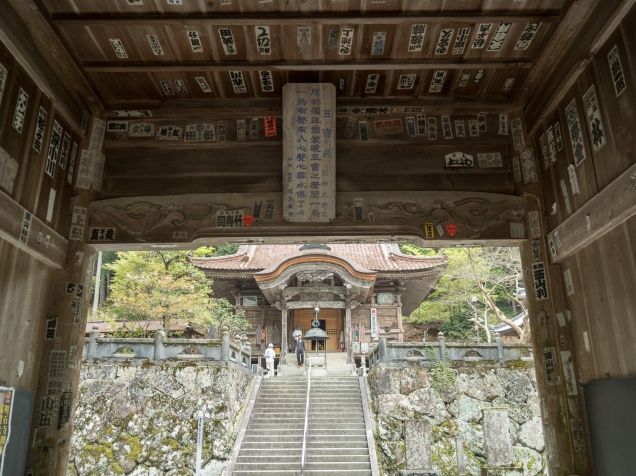 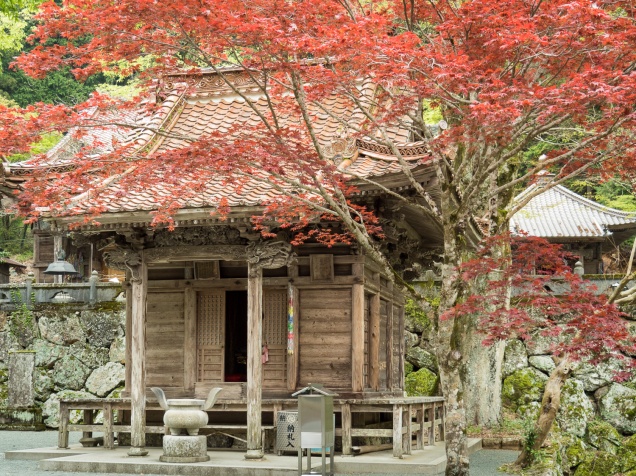 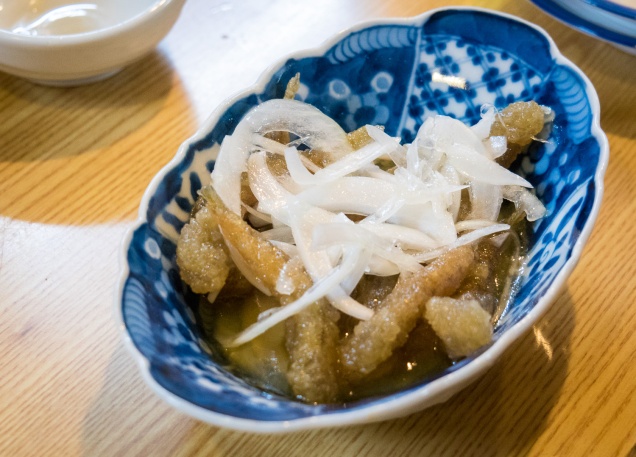