The fourth of a series of jaunts in the key of white. This week: a January 19, 2018 walk through Assiniboine Forest in Winnipeg.

I lift the rear hatch of the car. Styxx emerges from the dark interior, unfolding from a tight curl into a tall spindly majestic greyhound. From his car door podium, he surveys the world. He stretches his head high, scans from side-to-side, sniffs the cold air and I can see in his eyes a delighted recognition of where he is and what he will be doing for the next two hours.

This is Assiniboine Forest, one of Canada’s largest urban nature parks. Back in 1920 the land was part of the then Town of Tuxedo and slotted for redevelopment. Thanks the the 1930s depression, that never happened. Instead it remained a forest with no distinct plans or future. Neighbours took strolls. Some of the woods were used as dumping grounds. It wasn’t until 1973, two years after the town became part of the City of Winnipeg, that preservation as a park took hold.

The park has retained its wildness, a remarkable accomplishment given the crush of residential development to one side, busy roads lining two other edges and the trans-continental train tracks cutting off the fourth. It is hard to miss the sounds of freight trains and fast traffic. But the forest is dense and largely free of imposing urban infrastructure. Still wild enough to get lost on the myriad of barely-there trails.

Always wild enough for Styxx to get lost in the fragrance of decaying wood and passing deer.

This is his walk, not mine. It is one we have both trod many times and in all seasons. Today it is a mild winter day. The sun is out and the temperature a mere -4º Celsius, an ideal winter temperature for this dog.

Styxx knows where to go, where he wants to go. And where he goes, I go. The guy at the end of the leash, taking his lead. 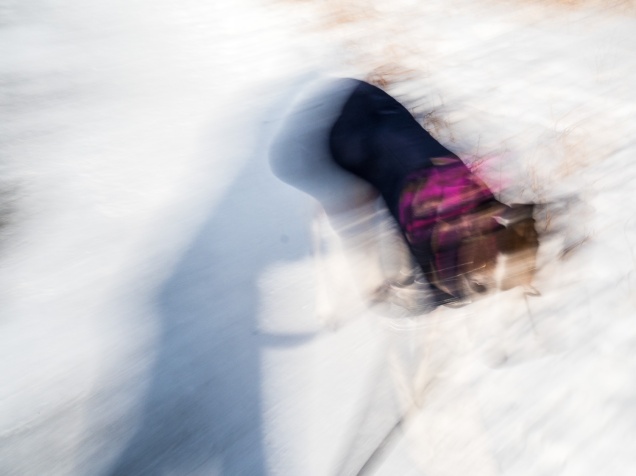 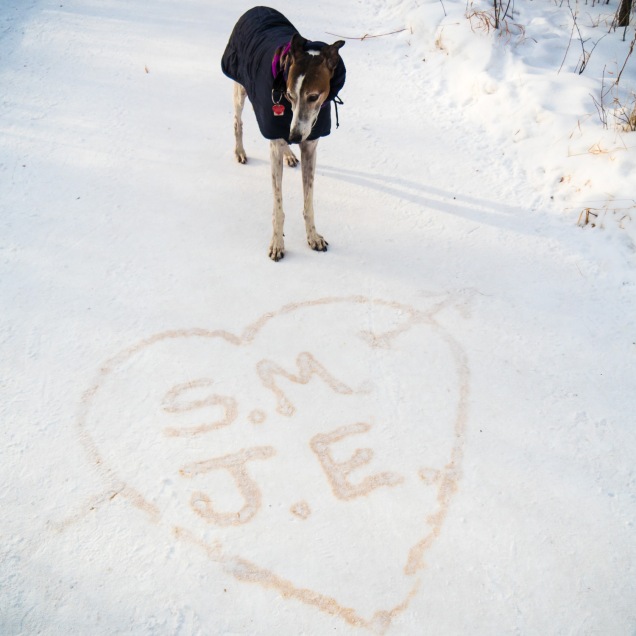 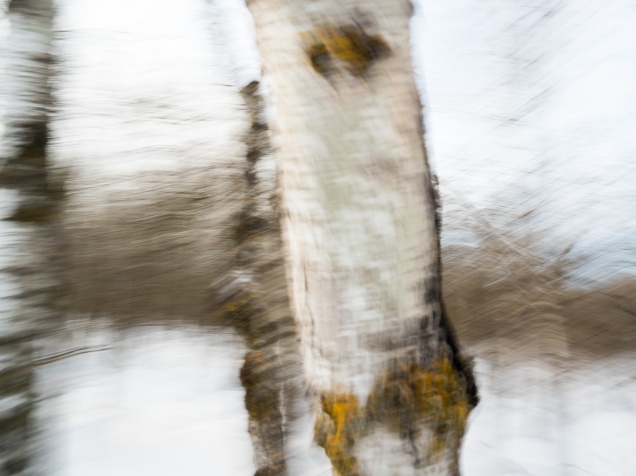 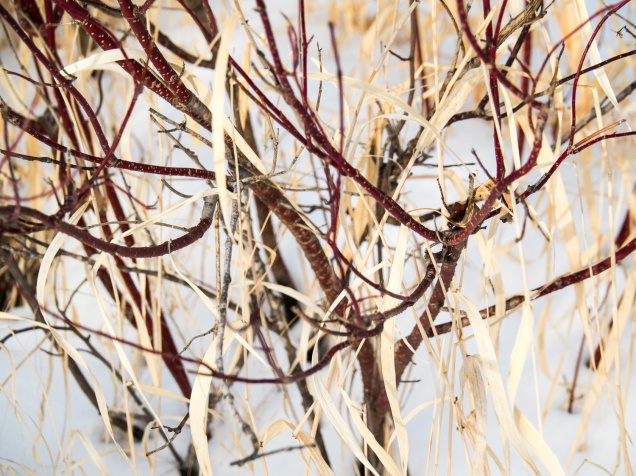 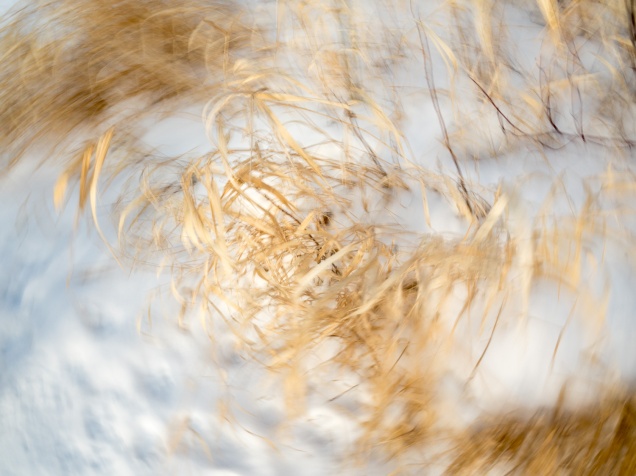 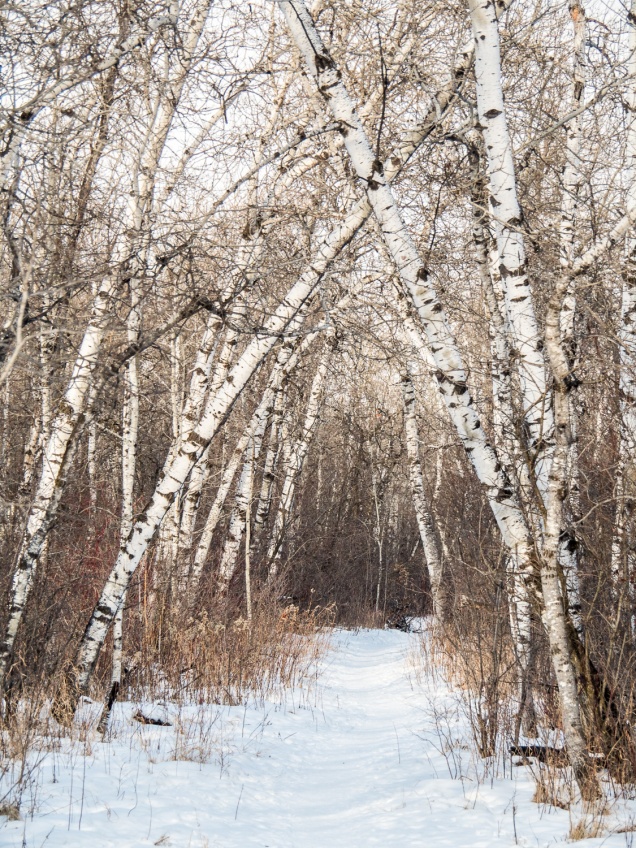 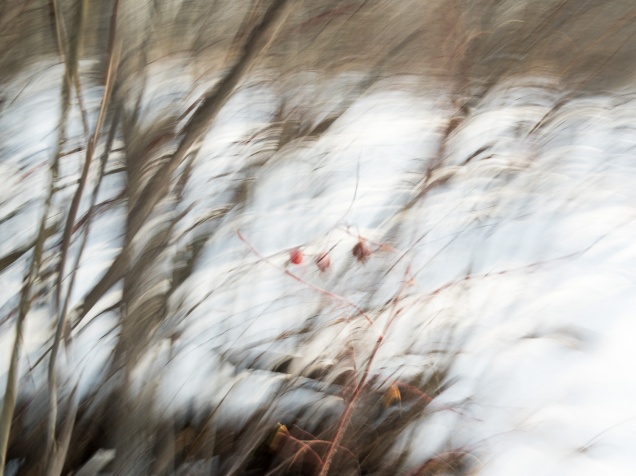 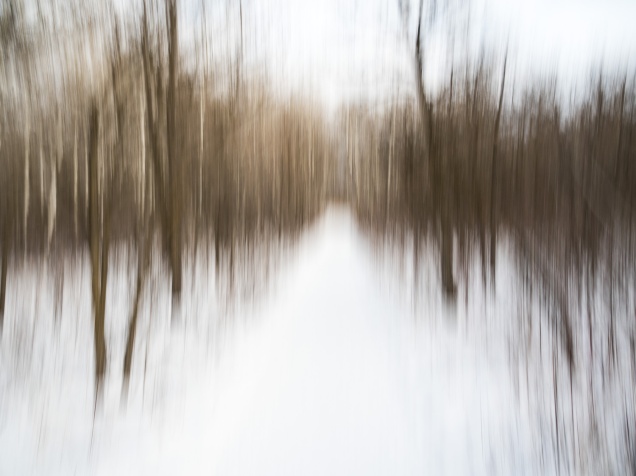 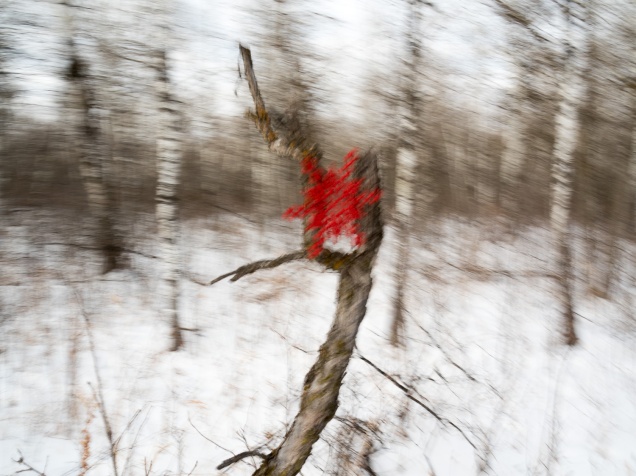 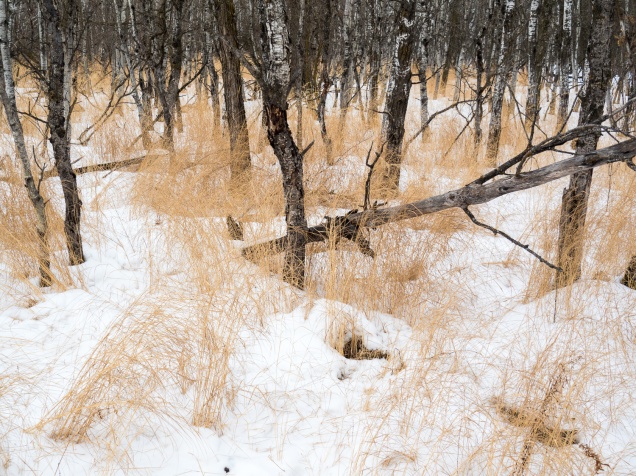 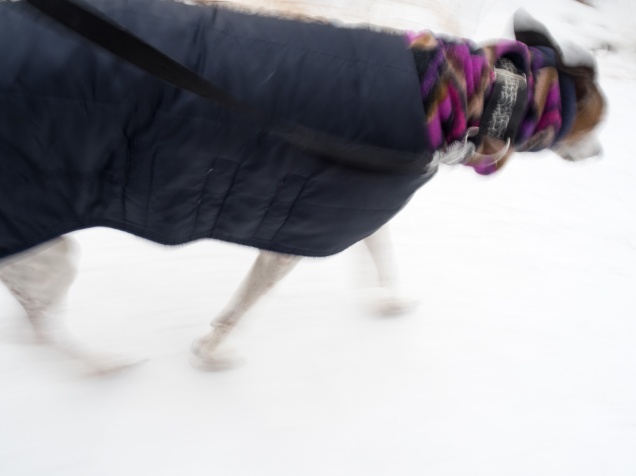