It started out as a hacienda and a vast swath of land covering much of western Mexico City, owned by the Countess (or condesa) of San Mateo de Valparaíso, Maria de la Campa y Cos. By 1902, the land had evolved from her large estate to a colonia, or neighbourhood, for the middle and upper classes.

The Condesa neighbourhood was well planned from the get-go with parks such as Parque México and Parque España. Grand, tree-lined boulevards cut diagonally through the neighbourhood, connecting major thoroughfares and plazas. By the 1920s, an overlay of gridded residential streets, also well-treed, completed the complex patchwork of Condesa’s plan. Eventually, the colonia was split in two, with one part remaining Condesa and the other Roma Sur. (If you are a film buff, 2018’s Oscar-nominated Roma, by Alfonso Cuarón is set in the Roma colonia, his boyhood home.) Condesa itself is now broken into three colonias: Colonia Hipódromo, Colonia Condesa and Colonia Hipódromo Condesa.

All this matters little as Gail and I walk through this beautiful part of the city. Condesa, Roma, these are abstract definitions. On foot, the neighbourhoods flow seamlessly, one to the other. The network of gridded and randomly intersecting boulevards makes for a meandering stroll, a place to get lost along quiet streets, lined to the sidewalk’s edge with architecture spanning colonial, art deco and modern styles. Stone, tile and iron details set against ochre and yellow walls animate our path.

Ultimately, these small streets intersect at odd angles with elegant boulevards, leading us down broad sidewalks, past inviting shop windows and restaurants, tables spilling out onto the street under broad canvas awnings.

And the boulevards lead us to splendid parks. Parque México in particular. Established in 1927, the park takes its oval shape from the horse and auto racetrack that once occupied the space. Today, it is a wonderful refuge of dense forest. Paved paths are dotted with rustic wood benches, each sheltered from the inevitable afternoon rain shower under a wood-shingled gable roof. A couple cuddles under one. Two dogs and their human companion sit silently under another. It’s the perfect place to be in the rain. 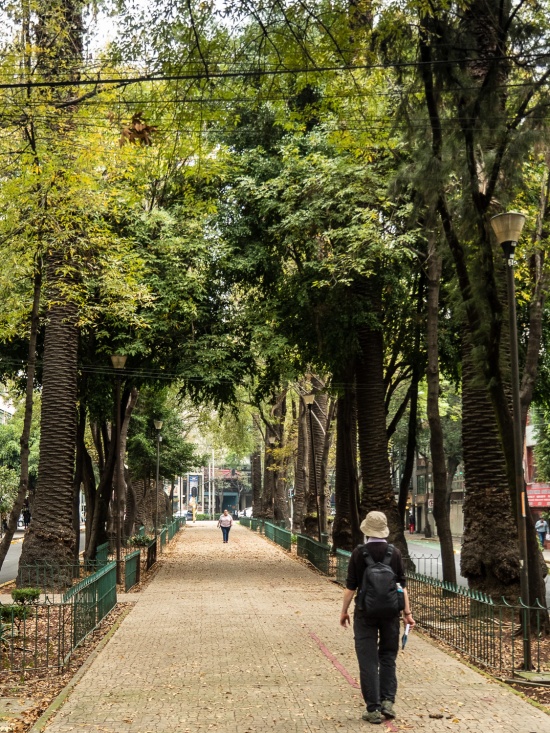 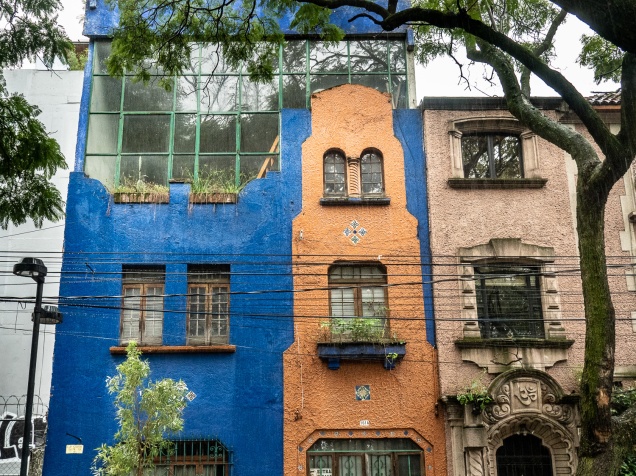 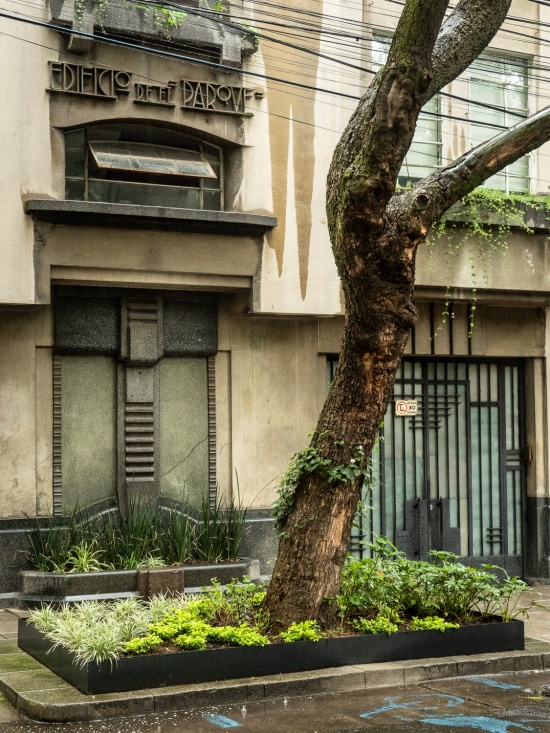 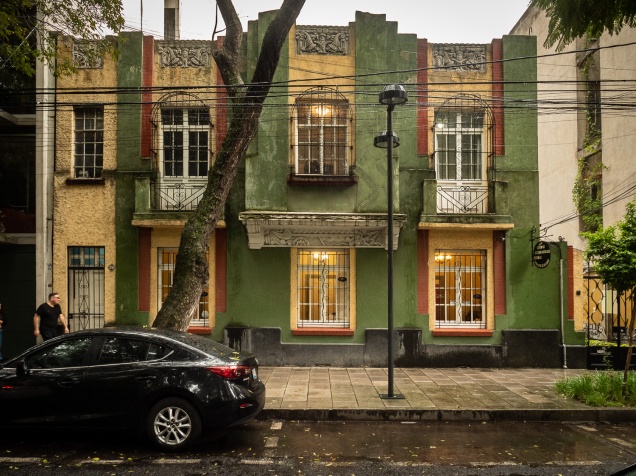 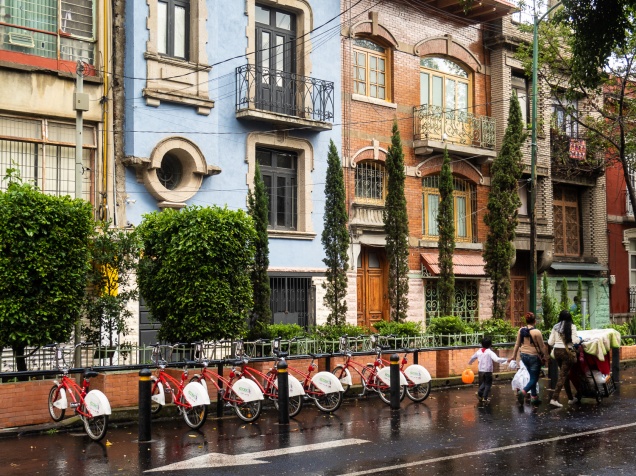 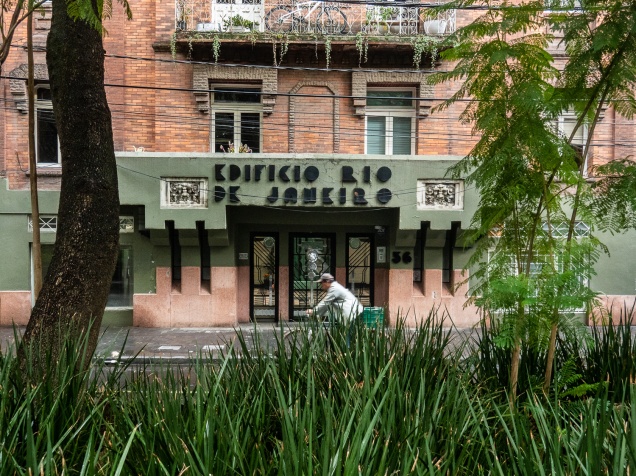