Its abbey was established as far back as the 7th century. Over the next many hundreds of years, it rose to prominence as a major religious centre. That power sealed its fate in the late 1700’s with the French Revolution. The abbey was sacked and its stone walls dismantled, leaving just the west-facing porch and its two tall towers.

During the First World War, it suffered yet one more humiliation. The French used the towers to spy on German troop locations on nearby Vimy Ridge. The Germans took note and promptly bombarded the towers, reducing what was left of their intact 55 metre height to a crumbling 44 metres.

Perched atop a modest mound overlooking the low-slung countryside, the sad towers are reminders of centuries of conflict, visible for miles. Visible in 1917 to Canadian soldiers at Vimy. Visible yesterday on the horizon as we approached Frévin-Capelle. Ever more visible today as we walk several kilometres up to their white limestone walls.

Our visit is less-than-serene. Programmers, a light and sound crew, pyrotechnicians, carpenters have all invaded this war-torn site with their ATVs and props. Models of German tanks aim at the towers. Sheet metal planes are strung up on wires ready to zip-line across the grounds. Over the next two nights, there will be a sound-and-light spectacular. But we will be gone. We will be in Arras, exploring cathedrals and grand squares.

But we will not escape The War. 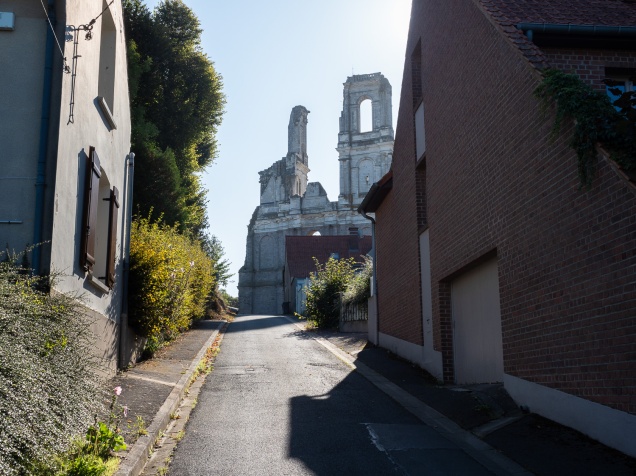 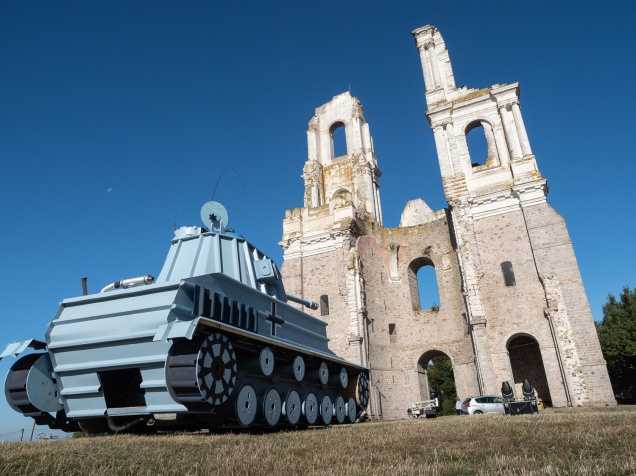 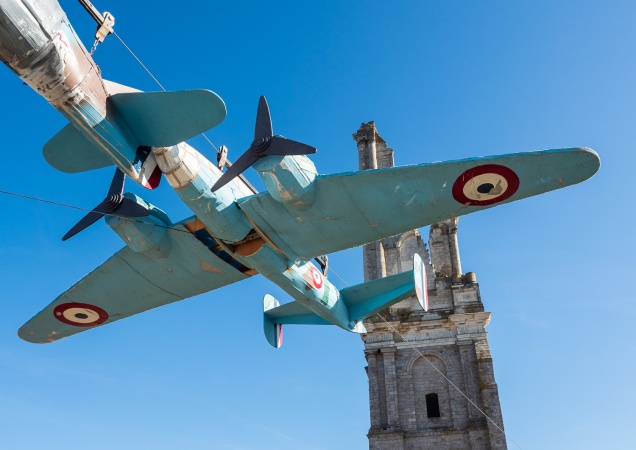 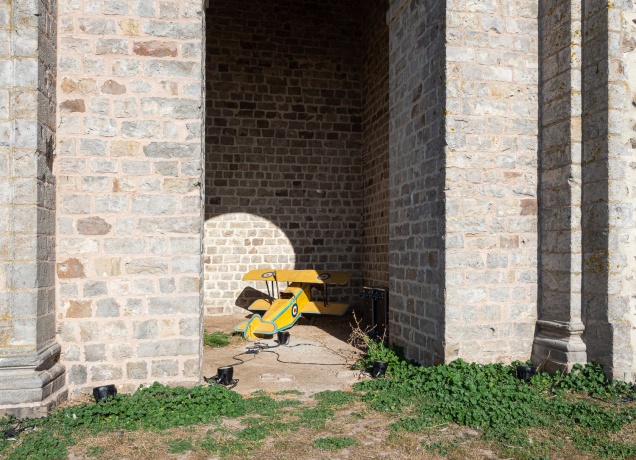 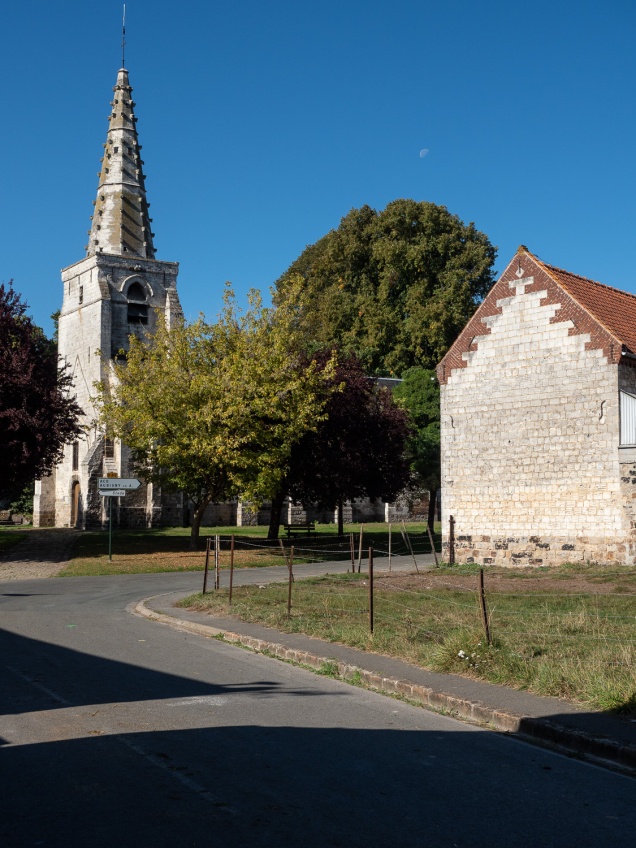 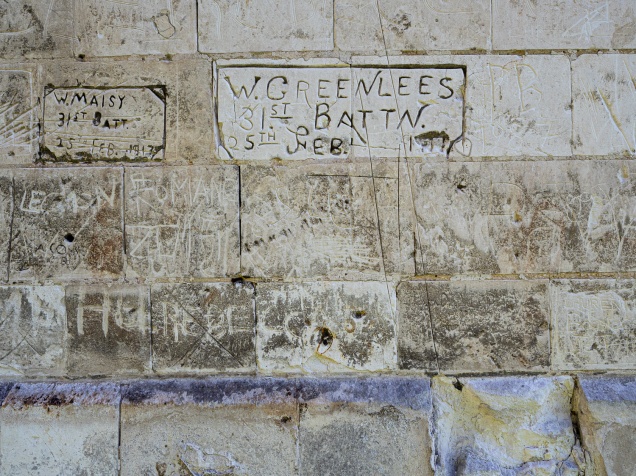 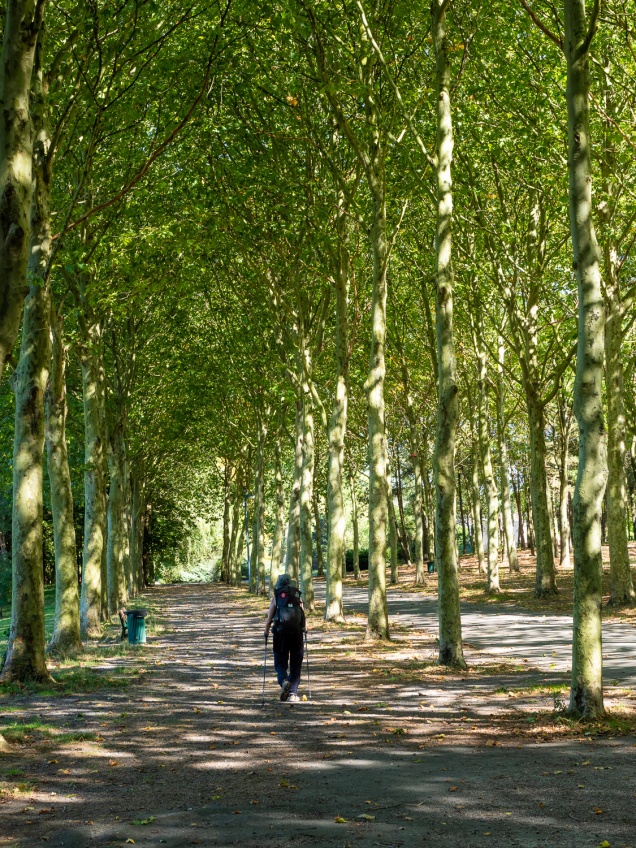 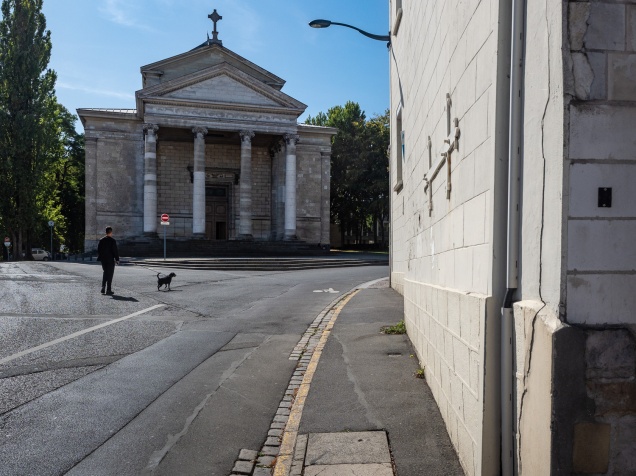 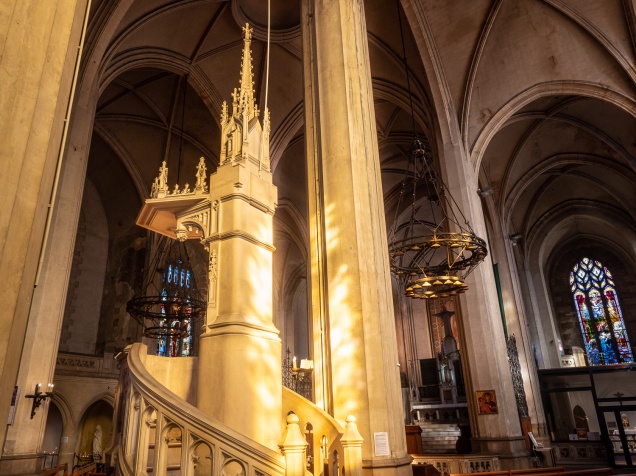