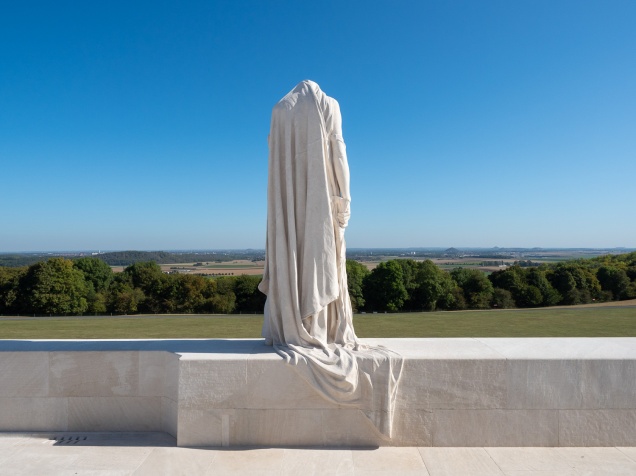 As I write this, back in Winnipeg, I am aware that tomorrow is November 11, Remembrance Day. Tomorrow, Gail and I will attend, as we do every year, the Valour Road Memorial Day Service, a short walk away from our Wolseley home. Valour Road, formerly Pine Street, commemorates three recipients of the Victoria Cross for their acts of bravery during World War One. Remarkably, all three lived on Pine Street in Winnipeg before heading into battle in France and Belgium.

It is a matter of good fortune that today’s entry in my day-by-day photo diary of our Via Francigena pilgrimage takes us to the Canadian National Vimy Memorial, just 10 kilometres north of Arras, where we are taking a rest day.

The Great War has preceded us daily as we trek across France, roughly following the Western Front. Canadian, Commonwealth and German cemeteries have dotted our path. Just yesterday, we stood on a ridge with the war-ruined towers of Mont-Saint-Éloi. And today, on September 21, 2019, a short taxi ride from Arras will deliver us to the Canadian National Vimy Memorial.

The Battle of Vimy Ridge, which took place from April 9 to 12, 1917 was one of many significant battles in which Canadian troops were engaged and paid dearly There are restored fragments of trenches and tunnels that once faced German trenches and tunnels as little as 25 metres away. The pockmarked landscape created by artillery fire and tunnel explosions is partially softened by a landscape of manicured lawn and trees. Off to the side are two graveyards. Canadian Cemetery No. 2 holds 3,000 Commonwealth soldiers. 370 of them are Canadians who perished on Vimy Ridge. the adjacent Givenchy Road Canadian Cemetery holds 100 more Canadians. But it is a small reminder of the 3,598 Canadians killed during that four day battle on the ridge.

But the Canadian National Vimy Memorial is not intimately associated with the Vimy Ridge battle. Standing some distance from tunnels, trenches and cemeteries and perched high atop Hill 145, the memorial is intended to commemorate the 11,285 Canadians who died in France and whose final resting place was unknown in 1921.

11,285 names are inscribed in the base of this magnificent memorial to the cost of war. 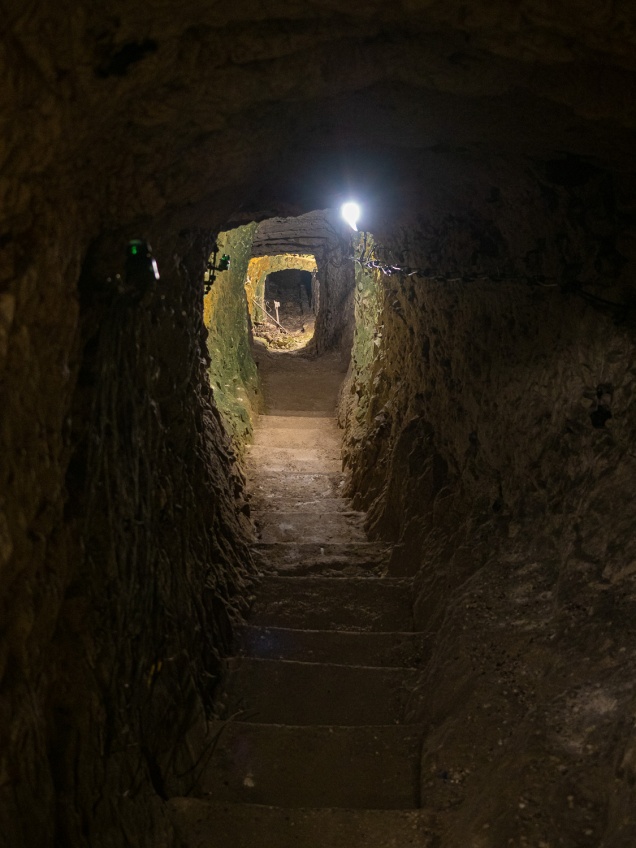 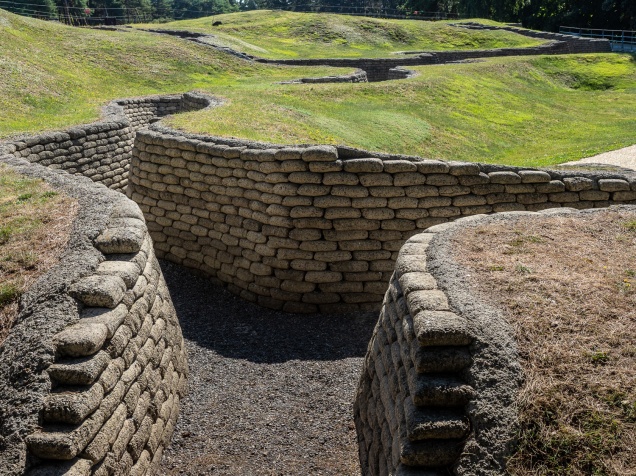 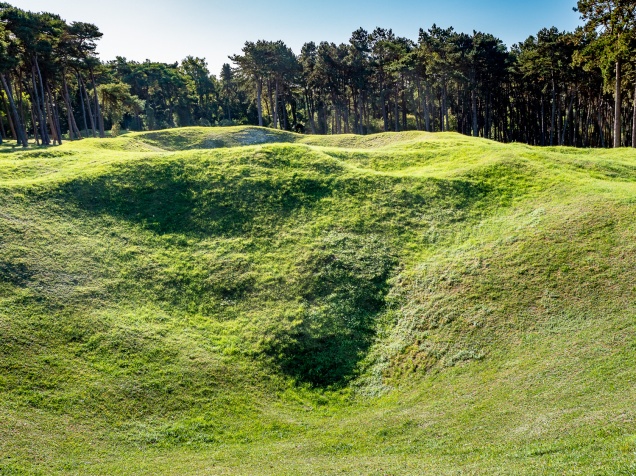 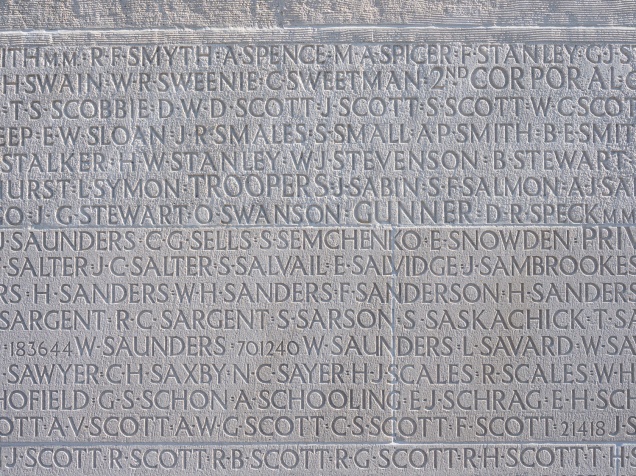 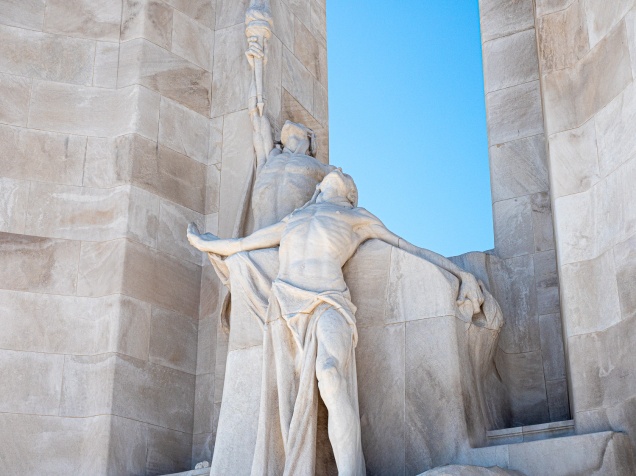 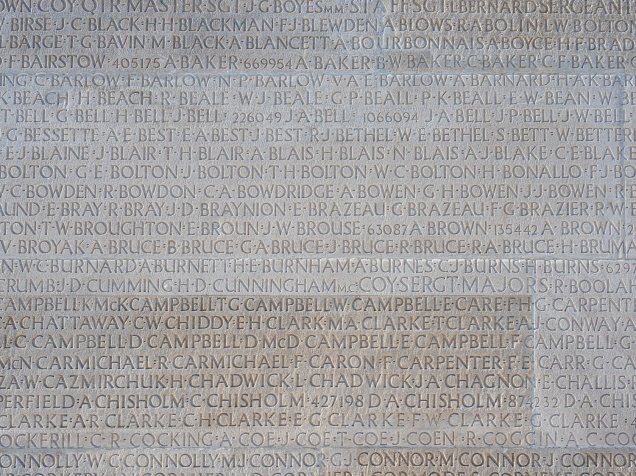